A Metairie man rigged a flashbang to deter people from breaking into his truck, and the incident was caught on video.

The man who rigged the flash bang said he understands this wasn’t the best way to go about deterring car burglaries, but was frustrated with how often his truck was broken into it.

He rigged a flash-bang inside his truck that would trigger if someone broke in.

Surveillance shows that the flashbang went off while someone broke into his truck in New Orleans.

The video shows a man breaking the glass of his truck and crawl inside. Shortly after the person entered the truck a flash can be seen.

The person who broke into the truck jumps out and runs away.

The man who rigged the flash-bang said he understands this wasn’t the best way to go about deterring car burglaries, but was frustrated with how often his truck was broken into it.

NOPD released the following statement about the incident:

“While we understand the frustrations our citizens have with crime, rigging an explosive device to detonate inside a vehicle is illegal and a bad idea.

“Not only is there a risk of injury to yourself and others, but there could also be serious legal ramifications for everyone involved.

Basically, the NOPD is mad that this man is doing their job better than they ever could.

“Taking matters into your own hands” is code for “self-reliant”. The system hates self-reliant people more than the criminals themselves because they’re harder to manipulate through fear. At least the criminals serve a purpose for the system by spreading fear.

Traitor John McCain Goes Too Far With His Hypocritical Message to President Trump. Immediately Get Shut Down! (Video) 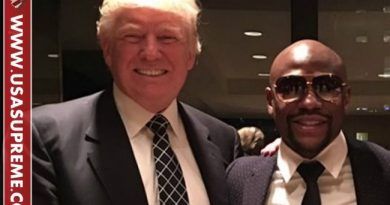 Video: CNN Busted In Their Coverage Of Hurricane Ian – Watch The Guy At The Back As He Trolls The Fake News Reporter

hope it blew his black off….

You can always count on the cops to take the wrong position.

Look at how merrily that piece of sh!t dances up to the truck and smashes the window. He’s just having so much fun.

Yes, call the police. They will show up eventually to fill out a report.

Feel good story of the day!

Yes, I would like to see that. It would be something I could enjoy a nice buttery bowl of popcorn to.

Police opinion to the contrary, I think this is a GREAT idea. If I knew how to rig such a thing, I’d do it.

I think it’s a great idea! If more did this it would definitely have an hope others try it and it has some affect at putting a dent in the massive numbers of car thefts and car break-ins occurring around the country.

When governments were formed, WE, THE CITIZENS ceded a LIMITED AMOUNT of authority to form law enforcement agencies to KEEP THE STREETS SAFE.

AT NO TIME DID WE SURRENDERS ALL OUR RIGHTS to a bunch of fumbling morons.

Yet, that HAS happened.

Since our law enforcement system is broken and crime is soaring in every State what are the alternatives to keeping scum away and protecting our property and family. Many of us cannot hire private security like the Politicians who caused the problem by DEFUNDING the police which they deny they did. Fortunately videos of them doing so do not go away.

Good, to bad it didn’t keep him there to be arrested or hospitalized.

GOOD!!! Wish it would have put HIS EYE out or, better yet, put him in the hospital! Not one bit of sympathy here for him!!

Lurking problem here is some Ahole lawyer will try to finder this punk and get him to sue.

I think it is hilarious!

I bet he thinks twice next time! HAHAHA!
THIS MADE MY DAY! THANK YOU!😂😂😂😂

When the police won’t or can’t do their job, we have to take care of ourselves!

Start rigging explosive packages so they can steal them. Fuck the law! They’re more interested in the criminals than hard working, honest tax payers!

The law has been turned against us and is NOT on our side.

What’s wrong with deterrence? The guy didn’t get hurt and the owner still has to deal with getting a broken window fixed. And the cops are discouraging this?

I think that it is a very appropriate method of theft deterrence, but doesn’t help much with the vehicle damage. Too bad that it didn’t blind the thug.

We need laws that one’s vehicle is an extension of one’s house and castle wherever it is.

wpDiscuz
28
0
Would love your thoughts, please comment.x
()
x
| Reply
Send this to a friend