There is only ONE God and no other. The true Christ has one opposer, the evil Satan. I chose and serve Christ Because He alone promotes love and forgiveness.

A few days ago we had confirmation that Jesus is real and alive. He saved the Christians and saved the islamists… who converted to Christianity.

Recalling a recent incident, the Christian organisation Bibles for Mideast says in a report that God whipped up a massive dust storm to protect a group of newly-converted Christians from a mob of Islamist militants attacking them.

One of the new believers named Rizwan said the group was about to conclude a mass baptism for 50 Islamic converts to Christianity when Islamist militants surrounded their bus and began firing shots.

“About 50 people including baptism candidates were attending the service. We all went by a bus. After the baptism service and prayers, we all entered the bus to return back in our house church for the worship service and the Lord’s Supper. The bus was moved. Suddenly some militants reached behind us by three or more cars and started shooting with guns toward us,” Rizwan said.

He said they were terrified and were already bracing themselves for the worst when divine intervention took place. As their bus was speeding away pursued by the militants, the new converts and their leaders were surprised to see wind picking up and dust suddenly began to swirl around them.

Haroon one of the attackers said:

“Suddenly we saw a giant dust storm formed behind our bus. At first we all afraid of seeing the dust storm. We thought we may not be able to go beyond and will be held by the militants. But praise the Lord! Praise the Lord again and again! We all felt that the Lord Jesus Christ appeared upon the dust storm as a Mighty and Wonderful Man showing His protecting and lovely hands toward us with a sweet smile,” Rizwan said. “Jesus saved us. He Himself blocked the road [to stop the] militants in the form of a dust storm.”

We were unable to move forward,” he said. “We all got down from our cars and continue shooting through the dust storm.”

Then Jesus suddenly appeared in the dust storm. Haroon said His voice was so powerful that when he spoke, a strong wind literally swept them off their feet and blew their guns away. It a “terrible experience,” he said.

As they struggled to get up, they realized they couldn’t talk. Haroon said he was scared to death but, at the same time, felt peace—an experience that was totally new to him. The other members of his group said the same thing.

Haroon said Jesus then told them that he “came to the world not to destroy anyone, but to save.”

Go in peace,” Jesus told them, and He then disappeared along with the dust storm.

Haroon and 16 other members of the elite Islamist militant squad praised God after seeing and feeling His powerful presence. They eventually surrendered their lives to Jesus. They are now praying for the other two members of their group who still refuse to turn to Christ, Bibles4Mideast said. 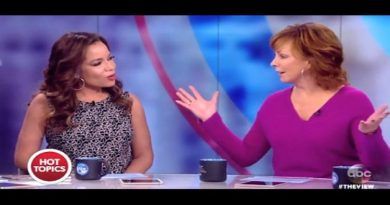 Jesus came to me in 1977 and he told me that i was his word his rod and staff. Satin has tried to stop me. I can tell. I stared a church in 1978 .God sent me to try to change people life,s. When i talk to people it is like Jesus his self is saying the words that i am saying .The world to day is not the world that god wants for all of us. To day the world god wants for us all is in the hands of those who love Jesus and the father. For the Holy spirit is in those who puts other be for there self,s. In 1957 Jesus came to me in a dream he had white hair i was in the cave with him and his disciples was with him. I was 12 years old he showed me the future in 1978 he told me of a earth quake. It happen the same day shortly after he told me in Iran. It killed 25000 In 1978 in sept a few days later he told me of people going to kill there self.s. It happen a few days later. Jim Jones and 918 people killed there self,s. He has shown me the future it does not make a difference in what is going to happen its how you chose to believe in Jesus , Rev Michael Allbright

Wow! What a great story. Jesus to the rescue! Thank you Jesus.