The bill, sponsored by Rep. Trent Franks (R-AZ), would ban abortions after 20 weeks nationwide, except in cases of rape, incest, or a threat to the life of the mother.

Medical science has confirmed in recent years that an unborn child consciously feels physical pain by the twentieth week of pregnancy.

This has led pro-life leaders to call for consensus by ending abortions after that point, arguing that even pro-abortion Americans should agree to find common ground in prohibiting a practice when a sentient life form can actually feel the agony of being torn apart.

In response, Rep. Trent Franks (R-AZ), a Christian pro-life champion in Congress, introduced H.R. 36, which would make illegal this late-term abortion practice that many people find gruesome, if not abhorrent and barbaric.

As Franks said at the press conference introducing his bill, “For God’s sake, ladies and gentlemen, this cannot be who we are in America.”

The bill passed the House by a vote of 237 for and 189 against, largely on party lines.

Now the Congress is ready to hear this bill!

A bill banning abortions as soon as the heartbeat of the unborn child can be detected is heading to Congress.

The House will hear the case for the “Heartbeat Protection Act of 2017” on Nov. 1 to decide whether to adopt a bill banning abortion upon detection of a heartbeat, which usually occurs around 6 weeks. It’s passage would mark not only a huge win for the pro-life moment, but would also place tightened restrictions on abortion doctors than what states currently have. Doctors who violate the law would be subject to five years in prison.

Introduced by Republican Rep. Steve King of Iowa, the bill — H.R. 490 — insists that the doctor must determine whether the fetus has a detectable heartbeat and inform the mother of the results before proceeding with an abortion if no heartbeat is present.

“We think this bill properly applied does eliminate a large, large share of the abortions—90% or better—of the abortions in America,” King told reporters at a January press conference. “By the time we march this thing down to the Supreme Court, the faces on the bench will be different—we just don’t know how much different, but I’m optimistic,” King added.

If the House adopts the measure, it would complicate the Roe v. Wade ruling which states that laws cannot prevent women from getting abortions before the fetus is viable. It is unclear how the House will rule, given that the Supreme Court rejected North Dakota’s appeal of the heartbeat bill after it was blocked in 2015.

An Ohio House committee also approved House Bill 214 in a 12-6 vote banning abortions for women who will likely have a child with Down syndrome on Wednesday according to the Columbus Dispatch. “We hope that the precedent now set by Indiana, North Dakota, and Ohio will inspire a national wave,” Americans United For Life (AUL) president Catherine Glenn Foster said on Thursday after the approval.
The Pain-Capable Unborn Child Protection Act, which is similar to legislation that failed in 2013 and 2015, has support from the White House this time around.

President Trump has signaled his strong support for this bill to protect thousands of innocent pain-capable, human babies from tortuous and agonizing death,” .It now falls upon Mitch McConnell and the U.S. Senate to pass it for his signature.

Interesting to see what the ABORTION loving Democrats and Republican abortion lovers do with this one!!! Good play House your response Senate? Be careful how you vote? Your constituents will be watching this closely!! Your political lives are on the line with this one!!!

Share this and let’s tell the Senate what we want! 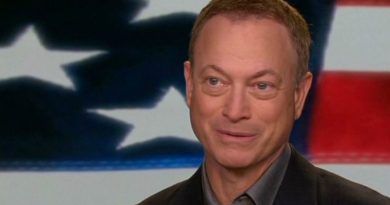 Senate Representatives: pass the no abortion after 20 weeks law. A life is a life and a murder is a murder whether it be knife abortion or gun. We cannot and should not be inflicting pain on unborn children