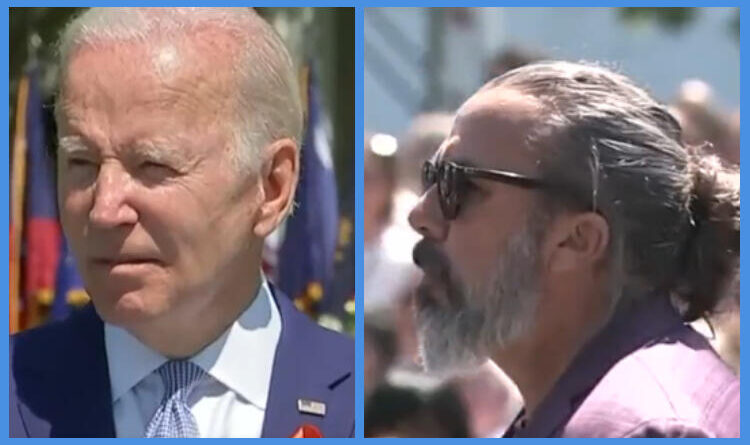 A newly leaked video shows President Joe Biden’s son Hunter arguing with an alleged prostitute over the amount of crack cocaine he has. The video has been viewed millions of times in less than 24 hours since its posting Sunday night.

In the video, posted on Twitter by Benny Johnson, Hunter Biden is seen with a cigarette hanging out of his mouth. He takes multiple deep breaths as he turns the camera around to reveal a pile of crack on a scale.

Hunter Biden arguing with a hooker about how much crack he has pic.twitter.com/LFgbYeBw5c

Of course, the mainstream media decided not to talk about the leaks even do we can clearly see the “First Son” on them in very explicit videos.

President Joe Biden was giving a speech about gun-policy reforms this week when a heckler stood up and demanded answers regarding the newest leaks showing Hunter Biden arguing with an escort about crack, Radar has learned.

The shocking moment took place on Monday while President Biden was delivering a speech to guests on the lawn of the White House.

Shortly after beginning his remarks, one individual in the crowd stood up and pressed President Biden about new leaks from earlier that day involving Hunter, an alleged prostitute, and crack cocaine.

“There’s a video of him arguing with a hooker about how much crack he has,” the person continued. “What do you think about that, Mr. President?”

“Sit down and you’ll hear what I have to say,” President Biden responded before the heckler was removed from the venue.

(Update our team is glad to report that this was a parody video that was created by the Twitter user Damon Imani)
Hunter’s photos and videos have been floating around on many websites. It is being claimed that all these pictures and information have come out from Biden’s mobile and laptop. The Secret Service also confirmed this on Monday. According to this, whatever material has come out from Hunter Biden’s iCloud account is being monitored.

The crack head is so stoned he does not even know not to weigh something under the ventilation because it makes the numbers jump around.