79-year-old Joe Biden fell off his bike while riding near his home in Rehoboth Beach on Saturday morning.

Secret Service agents swarmed the fallen commander-in-chief as he needed help in getting back up.

He didn’t fall while he was riding it, as most people do…

He literally was standing still, and he tipped right over.

Videos and photos below:

Biden on Saturday evening attended church after he crashed his bike.

A reporter caught Joe Biden walking out of church later Saturday evening and asked him how he was feeling.

Biden hopped a few times to ‘prove’ he’s not injured from his bike crash.

Joe Biden fall off his bike yesterday, but he hopped up and down while coming out of church to prove to the media that he didn’t get hurt. pic.twitter.com/HbdV7nGJn9

Well, we all heard about his incident and we all know about Joe’s fragile health!

But Jill isn’t exactly looking like the picture of “fit and tidy” health, herself.

Photographers captured a photo of Jill before Joe kissed the pavement and she looks like she’s been through the wringer… so much so that her helmet is actually turned sideways.

She looks like a loon on a bike… as if she’s just gone through hell and sort of made it back.

Here’s what people online are saying:

“I actually busted out laughing, she looks like she’s having the most stressed-out day ever”

“She looks like this is pure torture for her LOL”

“That entourage is such a waste of tax money…. Billions being squandered to “protect” an unelected turd and his disheveled wife”

“By the look on Jill’s face there’s a good chance her hemorrhoids are acting up.”

“She’s worried Joe will fall, and he did LOL” 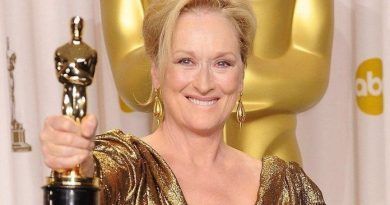 How Disrespectful!! Meryl Streep And Karl Lagerfeld Are Feuding Over An Oscar Dress

When will Jill, the adulteress, answer for allowing her perverted husband Dementia Joe shower with their daughter? She allowed this child abuse and now is engaging in elder abuse with Dementia Joe, who should be in a home.

I have been riding a Gary Fisher bike since the 1990’s. Most riders can tell you that when you are in the process of a dead stop, it is very easy to disembark and possibly slip/fall. Especially, since most riders have the seat high and must step up/down when on the frame. Sorry, much ado about nothing as a clumsy old man lost it. Surprised, that he can still ride and at least tries to keep himself healthy.

Stumbles and falls going up the steps to AF1, falls off of his bike. Yeah, we have a real leader here.

If you go back and look at all of Joe’s falls and stumbles, it’s the right foot that takes him down every time. The problem could be anywhere and everywhere along the right leg, but the right foot is what always fails to operate properly, leading to trouble. If you watch him walk, the right leg moves oddly and his steps have gotten shorter lately.

As for Jill, everyone may be misreading her reaction. I think she was just really, really liking the bike seat.

i thought that was the carnival coming to town and then I spotted old Joe and Jill as he proceeded to take his spill. Bedraggled, she pushed on though, not caring about the geriatrics condition…..lol…