“Mr. President, thank you for your speech, and congratulations for what you have achieved for your economy, but also for your society – we discuss here very intensively the question of inclusiveness, but all your (Trump’s) politics certainly are aiming to create better inclusiveness for the American people.” -Klaus Schwab

A recently posted video on YouTube is getting some circulation giving a bit of a flashback to when former United States President Donald Trump spoke at the World Economic Forum (WEF) on January 21st, 2020.

Another video has been making the rounds this morning and I feel I need to address it.

The video is undated but based on the fact there are no masks and he is called “President Trump” and he’s in Davos, it appears it must be from 2016-2020 time range.

It’s a clip I’d never seen before, but it’s Trump walking into a room with Klaus Schwab.


I am pretty sure this video is actually from 2018, and I am also pretty sure it occurred immediately before President Trump gave his now famous “declaration of war” speech against Globalism at the U.N.

You smile at your enemy while he’s in the room, heap burning coals on his head, and then you absolutely eviscerate him in one of the most famous speeches of all time hours later for the entire world to see.


In any case former President Donald Trump, likely won’t be getting another invitation to Davos, the nickname for the annual World Economic Forum in the Swiss Alps.

The founder, Klaus Schwab, told the newspaper NZZ am Sonntag that he doesn’t regret bringing Trump into a previous gathering of the world’s top government and business leaders. But asked if there could be a repeat, Schwab said, “I’d have to go into a quiet room and think about it. If I came out, the answer would probably be ‘no.’” Schwab said he is hopeful that President Joe Biden will be able to attend a forum gathering in Singapore this summer or next January’s usual confab in Davos. 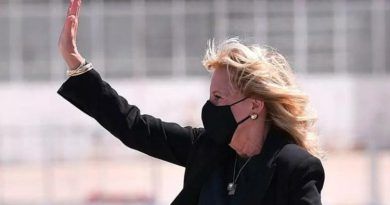 Trump Is So Right!!! The Founder of The Weather Channel Explains Why “CLIMATE CHANGE” Is A Lot Of Baloney.”…

TRUMP IS A GREAT CHESS PLAYER LOVE THE MAN

This does sound damning for him, I admit. I’ve had some major red flags about Trump for some time now. The fact he’s so very proud of getting these death jabs approved “in record time”.is disturbing in itself.
Having said that… This could also be him buttering them up to garner more business for America. He’s a business man, first & foremost, so there’s that.
He could be a wolf in sheep’s clothing or he could be the greatest patriot America has ever known.
Time will tell…

Just like when he said(on camera) about firearms “Take the guns now, due process later” Time has already told, Trump is a fraud; a wolf in sheep’s clothing.

Klaus “has done a good job…” What he did a good job at was putting together a lot of important business people in one place and Trump was definitely enjoying the company….the business people, not the one world globalist bs.