The more we label people and things racially, the more it contributes to the racial divide. There should be no such thing as white history and black history: just history. As long as we label each other, we will not see that we are all the same. We are unique but we are of the same at heart. Please, let us quit contributing to the division!!!!

A few years ago Morgan Freeman had an interview with the former 60 Minutes icon Mike Wallace, where he was asked about Black History Month.

That’s when Wallace asked: “Why?”, so Freeman answered him: You’re going to relegate my history to a month? What do you do with yours? Which month is white history month? Well, c’mon, c’mon tell me.”

Here is the total exchange:

Wallace: Er, there isn’t one.

Freeman: Oh, why not? Do you want one?

Wallace: (searching) How we gonna get rid of racism until…

Mike Wallace got schooled. The lesson for today: Don’t mess with Morgan Freeman, he’s way smarter than you.

Mr. Freeman, you have my respect! This man exemplifies an individual with common sense, respect for others and self-dignity. He’s been consistent with his views for years. He is a combination of values, morals, common sense and intellect. He knows who he is!

We are all human first,t independent of standard groupings. Not defined by the color of our skin but by who we are. No matter what color, gender or nationality you are, this is a good lesson for us all. Very inspiring.

Do you agree with Morgan Freeman? Scroll down to leave a comment below! 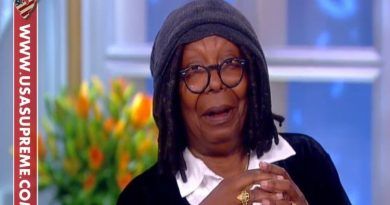 Unaware of Mr. Freeman’s commentary, I have been of the same opinion over the years that as long as people of color refer to themselves as “Black Americans,” they are guilty of racism. If we are to be united as one people, drop the labels and let the healing begin…See people for who they are – human! Celebrate our diversity and that will eliminate the hatred and fear. The sins of the past committed by a few is no reason to wallow in hate. By moving on and allowing slavery to be a footnote in our history we as a nation can prosper and grow.

Brilliantly stated by Morgan Freeman – everybody yapping about racism ought to hear this interview.

I am guilty of never seen or heard these responses by Morgan Freeman, but I can say I’ve never read any bad press on Mr. Freeman and after reading of his long time stance and beliefs on equal humanity
for all persons (they are all equal). While I live in an area that has very little diversity, my only involvement with diverse races was my military basic & AIT training. The only issue that I ran into was
because of a lie told to the person involved who walked into my room and sucker punched me, I simply pinned him to the wall and asked why? He told me why, and I set him on my bunk and we talked for about 1/2 hr or so, and we are still friends (this was in 1967).
We need more like Mr. Freeman in all races, fewer hot heads, bigots and politicians trying to take their sorry incompetent asses out of the headlines. No more black, white, native American, etc. make
it all AMERICAN HISTORY !! I am white and yes I have dated other races…