Our fallen soldiers and veterans and their families should be treated with our utmost respect. Our ELECTED President is a GOOD man who knows and respects that and he would never hurt a spouse of a fallen soldier. Unfortunately, this week U.S. Rep Frederica Wilson made headlines when she slammed President Trump for his conversation with the widow of an American soldier killed in Niger.
Wilson said that Trump told the widow her late husband “knew what he signed up for.” Trump denied that, though the mother of the soldier confirmed the account of the lawmaker.

But, liberal lying news cannot change what we know about President Trump. He loves this country and those who serve in Harms Way! Liars can’t change that!

However, Arnold Wright, the father of another soldier killed in Niger Dustin Wright shared his emotional story about President Trump’s phone call just two weeks after his son was killed in an ambush in Niger.

Wright said that Trump called him a few weeks after his son’s death. He also said that they spoke for about 20 minutes and that Trump was respectful when he called with his condolences.

Arnold Wright said: “He talked to me about the loss of my son and how he served with honor and dignity and he just wanted to give me a call to thank me. I told him the kind of man Dustin was. We talked about his deployment. We got troops out there with no air cover. There are still teams in the country. That was the main point that was the conversation. The tone was great. His comments were appropriate.”

When asked about the recent controversy Wright destroyed the hysterical media saying:

“I’ll say it: my son knew what he signed up for. He signed up to be a green beret. He had no illusions about what that meant. My son came from a military family with a tradition that dates back to 1812. He fully knew what it means to serve and the risk involved.”

This father is speaking from his heart!! To take away from that very personal phone call and make it political is just wrong!! I respect those that have made the ultimate sacrifice and their families!! Fredrica is making a mockery out of the situation and has chosen a very vulnerable victim to make her point!!!

Thank you for sharing your story because the media is evil and doesn’t want the best of our president and your son to be known. They keep trying to undermine the president and will use any situation (no matter how painful to the family of our fallen soldiers). 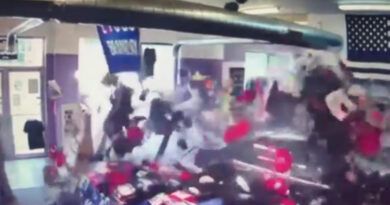 Video: An Unhinged Lunatic With Anti-Trump Stickers On His Car Crashes Into A Trump Merchandise Store In Massachusetts – So Far There Are Zero Charges For The Driver 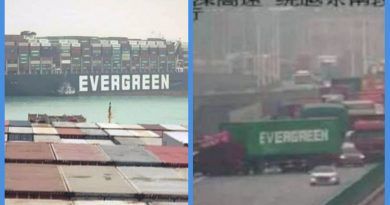 Photos Of A Shipping Container “Evergreen” Goes Viral As It Cause A Huge Traffic Jam On China’s Busiest Highway, Days After The Ship “Evergreen” Blocked The Suez Canal 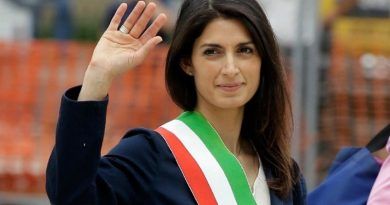 Frederica W is a disgrace to women, to Americans, to humanity. What a treasonous low IQ idiot. May she be jerked off the stage ASAP. Her stench is turning into major air pollution.