Apparently Illegal aliens have more rights than American Citizens. The city of San Francisco is paying an illegal immigrant $190,000 in damages and the reason for this is because someone reported the individual and he was detained.

Pedro Figueroa-Zarceno from El Salvador, 33 years old who is illegally in the USA sued San Francisco in January after police turned him over to immigration authorities in violation of the city’s sanctuary law.

Saira Hussain, a staff attorney at the Asian Law Caucus who represented Figuera-Zarceno said:
“It’s really important for San Francisco to remain a sanctuary city not in name only but also in practice. Our hope is that the department is going to look into this further and really examine the way that the department can do more.”

Figueroa-Zarceno described being stopped as he tried to leave the station, handcuffed and informed that he had to answer some questions. He was asked no questions but was subsequently released by the side of the building, where he was immediately arrested by an ICE agent.

He said: “What happened to me was very unfair and it was an injustice. I went to the police station to seek help and they didn’t tell me what was happening and they arrested me and treated me badly.”

ICE officials have confirmed the detention but had no further comment on documents released that suggest communication between local and federal authorities.

So let me get this straight! The City of San Francisco is settling for $190K a lawsuit because some police officer followed the law and reported an illegal alien to ICE? But the family of Kate Steinle has no right to sue the City of San Francisco after having a Sheriff Deputy drive 350 miles down to Southern California to pick up the illegal from jail that was facing deportation, drive him back to San Francisco, then release him so he can break into a federal agents car, steal his gun and kill Kate in front of her parents? Did I get that right?

So I wonder who has more rights? The illegal or the average American citizen? I think the answer is obvious, is it not?

This is ridiculous. He is here illegally and is pissed when the authorities arrest him? However, they should not be allowed to use our courts to sue if they are illegal in the first place! 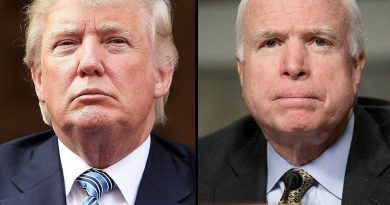 Get this story to Trump and i guarantee he shuts this shit down.

What can you expect from the nutty city.? There are a lot of homeless there and they could use the help. But NO, the money is given to an illegal immigrant. Poor guy, he was treated badly. Of course, the city of Liberals will give him a lot of money. I think California should remove itself from the U.S. of America.

Some common sense better start over our country. If this illegal gets 190K , then our nation is going down the drain. California better start taking care of it’s United States citizens , don’t they rate any? Unless all of them live like royalty and don’t care. I think it’s because no one speaks up for them.