Everybody knows that Colin Kaepernick’s polarizing decision to protest the national anthem was a stupid thing to do! Honoring and respect the flag of our nation is also paying respect for those who paid the ultimate sacrifice to keep of nation safe and free.

Now for all the overpaid players that feel they have contributed to our nation by playing football need a reality check, you have only served your ego! If you want to disrespect the flag, our nation, our vets and military members and football fans, we really don’t want to see you play! To get respect you have to give respect, common sense!

Therefore, Dallas Cowboys owner, Jerry Jones, has issued an unequivocal statement to his players. Jones told his players that they have to stand during the playing of the national anthem if they want to suit up in the silver and blue this season.

The American Web Media broke a story about Dallas Cowboy’s owner Jerry Jones. The most well-known NFL owner has been very devoted to his team and has even taken chances on people who have done wrong. There is one thing he won’t tolerate. He has now officially banned all of his players from protesting the national anthem.

This NFL owner got it right while the rest of them seemingly enjoy their team getting all of the media attention because they are disrespecting our flag and anthem. He is a firm believer that the Cowboys stand for patriotism and American tradition. Hell, their nickname is “America’s team,” even though I won’t ever root for them.

Although the NFL players might be the faces of the sport, in the end, the team owners have a lot of power over what the players can and cannot do.

Not standing for the national anthem is a sign of disrespect, which should never be allowed! What a player says or does on his own time, is his business. When on the field, it’s not his time. It’s his employer’s time.

What do you think? Share this article if you support Jerry Jones’s rule!

Video: Wrong State – Shoplifter Thinks He’s Just Going To Walk Out Of Store With Free Clothes, Cops Waiting For Him Have A Different Idea 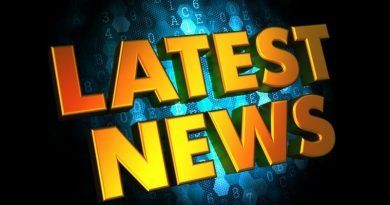 NFL Kneelers And Roger Goodell Are Crying Like Babies After Seeing Earnings Report — The BOYCOTT is WORKING!

I agree 100% with Jerry Jones. He’s the boss and they do what he says if they want to play and get paid. The ones that disrespect our country need to leave our country.

I’m proud of The Cowboys Owner’s he’s a Patriot.

Way to go Mr. Jones! These people represent the TEAM, and you! If they do not agree with what you Believe then they can take their OVER PAID whinny buts someplace that believes the way they do!!!

Yes if they don’t respect the flag!!! Get rid of them there are better players out there to fill there place!!!

Thank you sir for doing the right thing You have the authority to take this action and you did so.
The team owners have a lot of power over what the players can and cannot do so let the rest of the owners of the other teams step up.

Hope Colin Kaepernicks is still seating in the grass in some place in a park, without playing Football. The fun pay their salary for playing not to hear their stupid opinions. It obvious that Kaepernicks is not the brighter star in the sky, or the sharper knife in the drawer. He just play, but his brain was dormant and hope still out of the job. Mr. Jerry Jones you are the boss the player are employees paid by the funs.

Mr. Jones if only you would be joined by the other owners who are gutless and lets not forget the media. If they would find a story or news media that had much better value, we would all be belter off. Once Mr. Jones, kudos to you. Your franchise is still America’s Dream Team

Mr. Johns, I take my hat off to you. This is what all fans want to hear. I’m hoping by you speaking up and not allowing such disrespect, that other owners will follow and give their players the same choice. May God Bless you. You let your fans that you truly believe in your country and what it stand for. And again, I thank you so much and God Bless.

Thank You. At least you have the gumption to stand up for what is right and respectful(unlike other owners who coddle their “men”).

Thank you Mr. Jones from Greenwood, MS. It is nice to be able to let the Granddaughters know that the team they support is the one that will honor our Flag and National Anthem at the games. You are the owner and have the right to require that the players comply. We wish ya’ll luck this season.

It’s all great that we are praising Mr. Jones for his actions. How many of you have TURNED OFF your televisions on game day yet? Not watching your teams supporting the KNEELING? This should be your STANCE! Are we going to STOP at words in HOPES we don’t get inconvenienced or are we going to TURN off the TVs multiple GAME DAYS until ALL the OWNERS do the “JERRY MANEUVER”????

MINE IS OFF!!!! by the way….full lock down until NFL recognizes and shuts down the ENTIRE PROBLEM. IT’s JUST OUR COUNTRY —- OUR FLAG — OUR FAMILY MEMBERS THAT SERVE IN THE MILITARY — LET’s NOT let it disrupt FANTASY FOOTBALL — OH YEAH…..HOW MANY OF YOU CANCELLED FANTASY THIS YEAR IN PROTEST…..

SERIOUSLY FOLKS………..THIS IS OUR COUNTRY—-SEND A SERIOUS MESSAGE NOT JUST WORDS!!!

OUR President is getting attacked by MEDIA the same ones that you happily watch your team. OUR PRESIDENT that is trying to make us SAFE and we are WORDING our support while making shallow comments about the KAEPERNICK’s and then turning right AROUND and calling our buddy about FANTASY SCORES.

I really am not a Cowboy fan but I really agree with you here, Mr. Jones. There are other ways to handle things. You don’t just toss certain things away. You call your Congressmen your senators get groups and discuss and get solutions. Doing what they are just makes people turn off and not want to care if they have rights or not because they don’t respect the symbol of freedom.

I can’t believe I am saying this….but I agree with Jerry Jones!!! I absolutely will NOT watch 1 min of football if the disrespect continues this season. If you love this country & your way of life…it is b/c of those who sacrificed a part of their life so that you can be free (on what $1-2,000 a month?) Doesn’t compare to NFL salaries, even the lowest paid. I’d like to protest your salaries………!

Feel free to take your…self to Canada or elsewhere, rest assured you will NOT be missed!! Funny so much change & their complaining about the past! Not one group of people have NOT been discriminated against….at some time in history.

First of all we thank you Mr. Jerry Jones for your action, and wish the rest of the league owner have the same patriotic sentiment like you do and speak up as well. I have not watch any football games ever since. This a strong message to NFL and disrespectful, anti-american players. There might be a few out there that don’t really care and watch them disgrace our country, because you think they have their rights to do so, then I want you to ask these questions to yourselves, honestly and sincerely, “Am I an American?”…If your answer is yes, then ask yourselves sincerely, “Is it proper for me to disrespect the flag, the national anthem and what it represents, the richness of its history?” And if your answers is no, there’s only one questions need to ask yourselves, “Why am I here?”….It will only take a few minutes to look at a mirror and see the reflection of who you really are.

I suddenly became a Packers fan because Erin Rodgers basically told them to FO over the ‘clot shot’. …… Now I will have to be a Cowboys fan too (although I haven’t watched a pro game all season).

They have felt the heat …… in their wallet, as we voted with ours.

wpDiscuz
21
0
Would love your thoughts, please comment.x
()
x
| Reply
Send this to a friend