Really gets annoying how the lame stream media thinks if they keep hammering the same false narrative, eventually we’ll give up and believe them. But, they are so wrong!!

On Sunday while speaking with Newt Gingrich who was a guest on her show, she tried asking him a question with intent to embarrass Gingrich. She soon realized she made a huge mistake!

Raddatz asked Gingrich whether he likes to know if people associated with the Trump campaign had colluded with the Russians, but unfortunately for her, he had a perfect answer for her.

“I’m happy to look at Russias relationship. I think it would be healthy to have congressional hearings on foreign influence peddling in the U.S. way beyond the Russians.I think that’s important for the future of our democracy”

He added: “No one and Comey himself said in his last testimony, no one has suggested that Donald Trump had anything to fo with colluding with the Russians. There’s not a bit of evidence he did.

Gingrich clarified the obvious that there was no such thing as a collusion because there is no evidence of that at all. He also said that after six months of looking, both Sen. Dianne Feinstein (D-CA) and former FBI Director James Comey have said there is no evidence that the Trump is involved in the alleged collusion with the Russians.

He ended saying: “Trump just wanted people to understand, fine there’s a Russian investigation. It doesn’t involve the President of the United States. And Comey Apparently said that to him on three occasions”

Newt is so intelligent. So happy there is someone willing to call it what it is. Wish more conservatives were a little more like him.

Raddatz is like so many other Democratic reporters biased to the point of being vile. The only thing the far left media knows is to ignore the facts and continue drilling their mindless false narrative. President Trump must be doing something right because they can’t stop their rhetoric.

Breaking Video: A Muslim Family’s House In Israel, Was Hit By A Rocket Fired By Palestinian Terrorists In Gaza – Father And Daughter Killed 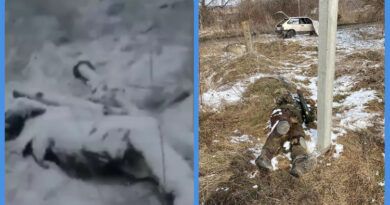 Crying Martha practically bawled her guts out on national TV when President Trump trounced crooked Hillary in the election. She just won’ t accept americans are sick of her and jerks like her. Like Hillary, Stepho, Karl and a whole host of anti american pukes on national TV not the news.

Martha, you’re out of your league. Not to mention you’re an idiot. Newt was right and you refuse like all the low life Democrats that there is NO evidence of collision with Russia. But, never try to go up against Newt, you only look ignorant and you’ll lose. You were a joke. lol lol lol lol