It’s already been established that George Clooney is complete liberal idiot. But, it looks there is no end to his stupidity.

In a Wednesday interview with The Hollywood Reporter, Clooney said that the Black Lives Matter organization supports racial equality and appeared to downplay the group’s numerous instances of racism and violent anti-police rhetoric.

Clooney said: “It would be best for the country if some of these Republicans — and some of them I’m very good friends with, actually — stood up.”

He then made said what the difference between the Ku Klux Klan and Black Lives Matter is according to him.

According to him there is enourmous difference between these two groups because BLM protested for racial equality.
He said: “There’s an important distinction that doesn’t get said enough — the difference between Black Lives Matter and the KKK and the skinheads and the alt-right is this: Black Lives Matter was protesting in support of racial equality. Period.”

“Sometimes it got out of hand, absolutely,” he added. “But that’s what they were doing. You can never say, ‘Well, those guys were bad and these guys were bad.’ And to hear those words come out of the president of the United States, that is a great crime.”

Another sermon from Saint Clooney. The same hollywood hypocrite who ran away from the migrants he was preaching for because he was fearful for his family.

How about they spend some real quality time as a family in a neighborhood with these folks who would only see them as white racists without their celebrity status.
You’d think Clooney would get something right on occasion, even if by accident..

BLM is NOT about “racial equality”, and they don’t claim to be.. Actually, BLM promotes the polar opposite of “equallity”.. BLM is all about cultural separation, tribalism, and the demonization and removal of all Eurpopen/American White history and culture.. BLM advocates for reparations and getting payback for both the real and phoney sins of the past.. BLM refuses to look inward at their own cultures shortcomings and why those shortcomings exist, and instead, BLM insists on blaming White America for all of its ills.. BLM intentionally lies and promotes violence, i.e. Ferguson and Baltimore, in order to sell their nonsense to the ignorant.. Basically, BLM are just plain old cookie cutter Marxists who “support” anarchy, but who don’t have a clue what real world oppression looks like…

Face it…Black Lives Matter is a racist hate group and should be recognized as such! 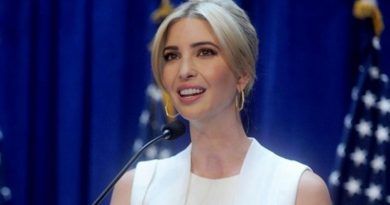 Nordstrom Announced They Will Stick By Ivanka Trump

Democrats Are Planning An Anti-Trump Event During His Inauguration

Clooney in an ultra liberal Hollywood actor that very poor at his job. He is constantly complaining about America and all she stands for. In reality he is talking out of both sides of his mouth. His ranting was to the point that he is one of the few whom left the Country and decided to take refuge in a foreign country. That move was good for the Nation. He even purchased a new home away from any and every one while he continued his same old lines. When the subjects that he was boasting about and singing their praises started to get closer to his new digs it gave him a change of heart. The big guy got scared of his charges then wanted to leave his dream and move back to block one. His life has been directed by a script for so long that now he really believes what he what he is reading. He lives in a make believe world and thinks he is a great person, when in fact he is just a person that GRATES . Why doe’s he not return to England or another place where the people laugh with him, instead of this nation where the people just laugh at him? He is fervently attempting to maintain his status on the A List. Is that list for his status quo or is that just the list that reflects his bra size? Just thought I would ask.

BLM is a racial hate group that is WORSE than the KKK. Can’t remember his name, but this was a repeat of a description I heard from an intelligent Black leader on a radio talk show. Thank goodness, not all Black Americans fall for this BLM shit!