Unbelievable!! She has millions and still wants to gyp somebody out of a buck or two. How despicable is that?

This just proves that liberal Hollywood knows nothing about everyday people struggle to put food on their table but instead speaking nonsense about President Trump- the one man who truly cares about them!!!

Streep is getting trashed by her designer at Chanel for backing out of her dress that she was getting for free, but cancel it because of a “better offer”- she finds someone who will not only give her dress but also pay her to wear it at the Oscars!!

According to WWD‘s fashion scribe Bridget Foley, Streep custom ordered a gown to wear to the Oscars, requesting a slight design tweak to “an embroidered gray silk gown.”

She simply asked for the neckline to be cut a bit higher and Lagerfeld’s team began work on the fancy frock, which reportedly came with a hefty $105,000 price tag. Of course, that price was waived for the award winning actress. Then, a phone in the Parisian atelier rang.

“‘Don’t continue the dress. We found somebody who will pay us,’” Lagerfeld said, quoting the person on the other end of the call. Apparently, the actress found a brand who would not only make her a dress for the Academy Awards, but they would pay her to wear it, too.

As a policy, Chanel does not pay talent to wear their clothing on the red carpet.

“We give them dresses, we make the dresses, but we don’t pay,” Lagerfeld affirmed. He then went on to drag Streep, saying: “A genius actress, but cheapness also, no?”

Badly played Meryl Streep!Your idiotic moves and trash talk against our President are a living proof that actors need to stay out of politics. She deserved this share if you agree!

Personal Details About Melania Trump Leak – We Weren’t Expecting This… 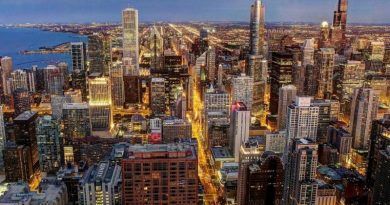 That is inexcusable. Preying on those out there trying to make a living and sucking them dry like a leech. It is about time it someone put someone like her in her place. My advice is simple.
SUE HER BUTT!!

Zz
Reply to  Lynn B

I wont ever watch her again in a movie or anything else as long as I live! I am no longer a fan of hers since her ugly speech at the oscar ceremony.

Greedy bitch! She should have bought her own dress. All seniors along with everyone else should boycott their movies, concerts and recordings. They wouldn’t be where they are today without us…the deplorables! That would be the price to pay for a big mouth that says nothing intelligent.

This is why I am boycotting the Academy Awards tonight. I refuse to contribute to these narcissistic big-headed ignorant blowhards. They are nothings that know nothing about anything but think they know everything about everything. We should be spending our time, energy and resources honoring those that TRULY matter like our veterans, law enforcement, and emergency response professionals.

Didn’the watch it either, hate movies, actors and actresses are scum, morals of disgusting alley cats (apologies to the cats) and they dare lecture us! Guess they are to stupid to realize that if it wasn’t for the public they would be on the welfare line.

She had to change dresses because the Chanel dress was too fine and you could see her diaper throght it.

These low life’s never cease to amaze me. Have gone from looking up to Hollywood, to looking down my nose at them. They don’t have any decency. I may not have the money, but I have more honor in my little finger than they will ever have. I have no use for them….

Never was a huge fan. Acting was so-so, but very plain looking.. Ego has been out of control for years.

to me she has always looked undone. Like she needs a hairsylist, and mmakeup artist. Her dresses have never, ever been WOW!
norma

Cheapo, she always looks undone, like not glamorous and a finished look. She needs makeup artist and for sure hairsylist, also, some one with taste to tell her what to wear. She looks matronly always. never have I CARED TO SEE HER MOVIES