We sure liked Republican Ohio Gov. John Kasich more before he really started showing his true colors. His attempt at this past Presidential election showed us he’s just another RINO.

Now, it looks to me Kasich is another Hillary who can accept he lost!

A Republican Ohio Gov. John Kasich could be teaming up with a major Democrat — Governor John Hickenlooper for the presidency in 2020 on a unity ticket.

Kasich is more known as an opponent to Trump in the Republican primary for president last year until he dropped out in May. He only won his home state of Ohio during the race. The self-described moderate also opposed the president recently, criticizing Trump’s response to the violence in Charlottesville, Va.

On Wednesday Kasich tweeted: “I’ve repeatedly encouraged POTUS to unite our country. It was disappointing that last night in Phoenix, he once again refused,”  referring to the president’s rally in Arizona in which he brought up the riots. “After all, what greatness has America ever accomplished by tearing down its own?”

I've repeatedly encouraged POTUS to unite our country. It was disappointing that last night in Phoenix, he once again refused. 1/

However, on Sunday, Kasich said he had no plans to challenge President Donald Trump in 2020, but he said instead “I”m rooting for him to get it together.”

The two have been making joint appearances to discuss their views on health care, and they plan to expand their speaking portfolios to include their views on immigration and job creation, two issues that President Donald Trump campaigned on during the course of the 2016 presidential election.

Getting crushed by Trump in 2016 wasn’t enough defeat for him? I guess Kasich didn’t get the message. If any one wanted him, they would have voted for him this time.

Democrats need to spend more time developing candidates and policies of their own, but apparently, they have nothing to offer. I guess their Democrat candidate has not been born yet.

However, if you don’t offer anything better to the people, they must learn to live with Trump until 2024. 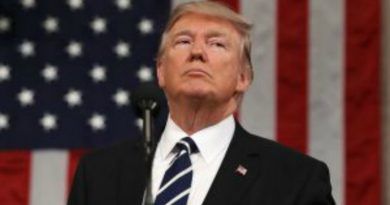 Did The Capitol Police Officers Handout Passes To “Invaders”? (Video)

Kasich could probably fun for dogcatcher, but I’m not sure he could win, we wish him The best of luck…
.

So glad we have a president who speaks his mind. Do not want a president who does what everyone else tells him. If your a republican you need to get behind this president and support “his agenda” If you were more supportive and set a good example his would have less tweets and less reason to defend his actions. I can’t believe how vindictive the senators and representatives are. Its a shame they are so immature.

“……Democrats shoud spend more time……….” PLEASE, do not give them any ideas.

Ohio governor has many problems in his own state. If he would look at the foster children’s homes and schooling and health care he would have his hands full. He is too busy putting his nose where it doesn’t belong. Take care of your own state Governor!!!

Kasich was always a Communist Anti-American Democrat. He is destroying Ohio. My family all live there. They know Kasich for who he is. Kasich is also a liar. He act all superior like he balanced the Ohio budget, while all along Ohio hit oil. Kasich Is nothing but and unAmerican fraud.

Reruns are best seen late at night or on a rainy Saturday afternoon. The Ohio Govenor had better get a Tweeter account. He could not compete with President Trump on his first run and what has he done since he LOST his bid to qualify him in 2020. I think President Trump has 2020 in the bag. None of my friends or social media contacts have change their minds. Our 20/20 hindsight will carry us through in 2020.

Kasich should be banished from public office along with Hillary Clinton but neither know enough to get out of the way and let good happen in the USA.