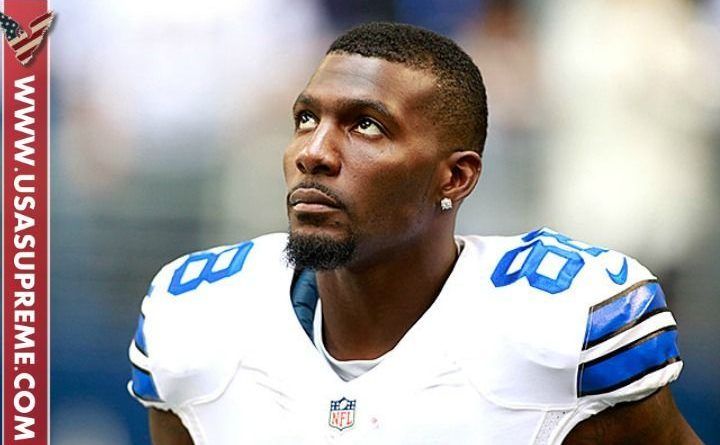 America has had enough of these ridiculous NFL players who refuse to stand during the national anthem. Cowboys wide receiver Dez Bryant is doing what should be done. He refused to be another “self-entitled DIVA” player so he DID take a stand. He chose to play ball instead of politics.

Via The Wild Card: “To date, the Cowboys haven’t had a player take a knee for the anthem — but the pressure being placed on stars like Bryant is growing by the day.
ESPN host Jemele Hill took a swipe at Bryant on Thursday when she criticized him for taking a stand against a local pizza restaurant — Bryant said he was boycotting it because its owner said he hated the Cowboys — but not against the NFL.

But won't take a stand against … nevermind .. https://t.co/KvL8RDLWJ5

Hill’s tweet didn’t sit well with Bryant, where he followed up with a brutal rebuke to those in the media criticizing him for using a different outlet than the one they prefer to make a difference in minority communities.

She part of the media.. 9-10x she will know the fact..instead ride the wave..it's not that serious..go boycott your job and tell me about it https://t.co/efwKWnjQ7P

What I understand…right or wrong everyone is entitled to their own opinion..being positive around other positive people create positive https://t.co/h08FWFk2L5

I've done a lot without the media…trust me I keep it coming..what I got planned for my hometown about to be amazing… https://t.co/cHuw9LDGAz

The three-time Pro Bowler made it clear following Thursday’s practice that he wasn’t opposed to players protesting the anthem, but that he preferred to lead by example.

.@DezBryant sets record straight on his stance regarding protests in the NFL: "I'm not criticizing nobody… I just want to lead by example" pic.twitter.com/qKyIwvcoFj

“I’m not criticizing anybody,” Bryant said. “They’re free to do whatever they want. Their beliefs [are] their beliefs and I’m not saying that it’s wrong because they’re feeling a certain way. They’re supposed to.”

He added, “I’m just saying I just want to lead by example — by doing positive [things]. I’m not saying what they’re doing is wrong, but I have my own way of going about things. My whole thing about that whole situation, like, people think that I don’t care … that’s crazy.”

Proud of Bryant for sticking up to what he believes. I don’t care if they sit or stand. He should not be bullied for his decision – that’s the point of our Constitution. Wish all professional football players had his work ethic.

But, shame on ESPN for pressuring a player to Protest the National Anthem because some other former players like Kaepernick started this whole thing. ESPN needs to either suspend or fire this reporter, for unjustly putting pressure on him to Protest the Flag and National Anthem. She is supposed to be reporting sports and not pressuring him to protest for political reasons.

What do you think? Scroll down to leave a comment below.

Democrats Are Planning An Anti-Trump Event During His Inauguration 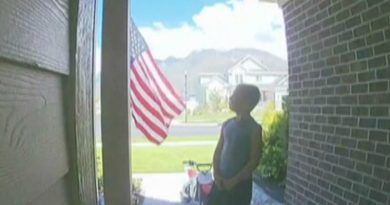 Dez Bryant is his own man – and doesn’t need someone like Jemele Hill who, by her comments throughout the year, is clearly OBSESSED with the racial thing, to tell him what to do or how to do it. It’s amazing to me how some people refuse to see how wonderfully far we’ve come with race relations. It’s almost as if they’re disappointed that there have been great strides – and want to perpetuate stuff from long ago. As Morgan Freeman said, “Stop talking about it!!”

I love when adults act it make a informed educated decision and not allow themselves to be brainwashed or intimidated by ignorance ,racist, fascist or plain stupidity. H. Paul Carney

She needs to be fired. This is the first she has spoken out for this protect.

We need to boycott ESPN also, until she is FIRED.