Do you think that Donald Trump will become best president in the modern history?Well the answer is one big yes .What we may not realize is that Trump may bring some needed change to the country. Find out the top reasons why Trump would make the best president of all time.

Trump is planning to build a great, great wall (yes–two “greats”) on our southern border between the U.S. and Mexico. The best part? He’s planning to have Mexico pay for that wall, and mark his words, “… I will immediately terminate President Obama’s illegal executive order on immigration.”

Plus, with less authentic delicious Mexican food here in the U.S., obesity rates will probably drop.

He believes in American exceptionalism, he’s committed to education, an he demands high performance. After all, he has been know to fire anyone that doesn’t meet his high standards. Talk about efficiency.

Trump has a confidence and a self-assured, powerful personality that is perfectly suited for politics. Unlike other politicians who tend to be swayed by lobbyists and special interests, Trump is his own special interest and is unlikely to give that power away to anyone but Trump.

We often forget that we are not only choosing a president but choosing a First Family. While the other candidates all have perfectly nice families, none has the potential for impact as the Trumps. (Before you say ‘the Bush family’ – stop. That family is more overexposed than Taylor Swift – go away for a while and maybe we can miss you.) Melania as First Lady? Absolutely. A poised, elegant, intelligent woman, already accustomed to the spotlight, who is an immigrant herself with a keen interest in women’s health issues. His children? Where to begin? Ivanka, for instance, would be a tremendous role model across the world – a working mother who is a thriving entrepreneur. And, in 2015, is it not time to consider having a ‘blended,’ modern family as the First Family?

Trump is extremely rich, obviously, and his track record for financial success proves that he knows how to build a successful empire. With the U.S. trillions of dollars in debt, this is the sort of leader that might be able to turn it all around.

5.He speaks for us little people.

Hate to break it to ya’ – but we don’t have much of a voice. We have politicians who will throw us meaningless bones, corny platitudes about the “American dream”, and make big promises they will never keep. At the end of the day, all do their donors’ bidding, and the bidding of Big Business rather than ours. Try speaking up and you will be flattened. It takes someone powerful, who is beholden to no-one more powerful, to lift up our concerns. Thank heavens we have someone who understands those concerns and is willing to be that voice.Trump actually discusses the concerns of the middle-class, blue-collar worker. Bringing jobs back to the American worker is something about which most politicians care little, if at all. Why? Because nearly all are crony-capitalists, tucked into the pockets of Big Business executives who want to outsource your job to China. The other GOP contenders will pay lip-service to middle-class concerns but, in reality, it’s all “wink-wink” behind closed doors in trade deals that ensure your job is lost, and immigration policies that ensure your wages remain stagnant and you’ll face stiff competition for housing or even a fast-food gig.

Trump’s loyalty will only be to America and Americans—not any political party, special interest group or foreign entity. Like his slogan reads, “Make America great again!”

Trump is undeniably a great negotiator, and despite his outrageous public statements in the recent past, he knows how to navigate complex deals and convince a wide variety of industries, businesses, and investors to do what he wants and to work with him to achieve his goals.

2.Trump will be the end of ISIS

No one will be tougher on ISIS than Donald Trump. Mostly because Islamic terrorism is eating up large portions of the Middle East and they’ve become rich

When politicians talk about “immigration reform” they mean: amnesty, cheap labor and open borders. The Schumer-Rubio immigration bill was nothing more than a giveaway to the corporate patrons who run both parties.

1. A nation without borders is not a nation. There must be a wall across the southern border.

2. A nation without laws is not a nation. Laws passed in accordance with our Constitutional system of government must be enforced.

3. A nation that does not serve its own citizens is not a nation. Any immigration plan must improve jobs, wages and security for all Americans.

Here is a video Donald best moment during his 2016 campaign that shows why Trump need to become USA president .If you think that we missed some of the reasons then name them in a comment below this video. 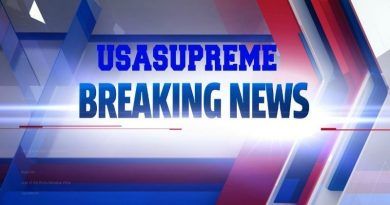 The article is removed