When first lady Jill Biden spoke to the American Federation of Teachers (AFT) 2022 Convention in Boston last week, her remarks were notable more for political signaling than for substantive content.

Delivered with an “us-against the world” tone, the first lady rallied her troops in a nakedly partisan fashion.

Decrying hunger, gun violence and limits to abortion, Biden planted her flag in familiar territory. Her choice of words left the unmistakable sense she is quite willing to further the already uncomfortable distance between parents and educators if doing so furthers the political agenda of the left.

Her speech, delivered to a gathering of educators amid a growing public distrust of industrialized education, could scarcely have been more tone deaf.

Pandemic-driven remote learning has led to educators finding themselves under far greater scrutiny as parents become familiar with objectionable materials and programming taught to their children.

The consequent rise in parental involvement and outrage found the education establishment unprepared to substantially defend its curricula. Instead, it retreated into a bunker mentality, launching salvo after salvo of criticism against concerned parents.

Long accustomed to the compliance of school boards (with members drawn largely from their own ranks) many educators and administrators have not responded well to being challenged by parents, with some claiming greater authority over their students than even parents.

Biden brusquely dismissed the legitimate worries of millions of concerned parents, labeling opponents of radical curricula as “people who want to stop you from doing your job.” She then encouraged members to “put your shoulders back and focus on your students.”

Aside from the explicit advice to ignore parents, there followed a clear admonition to double-down on the same errors that have brought the education system into disrepute.

“Our schools are where policies become people. And educators are at the center of it all.”

These three words are something that Jill shouldn’t have spoken about publicly!
Below you can see Jill Biden, Ed.D., claims “schools are where policies become people” right after blasting parental rights laws at a far-left teachers’ union convention

Here’s what people online are saying:

“It’s quite the opposite. We are telling you to do your job and not to indulge your fantasy.”

“This is what happens when you let a babysitter run the country.”

“When the bad guys proclaim their crimes in the open is the sign of the time of their demise. Thank you, Jill. God bless you, you’re gunna need it where you’re heading.”

“Joe Biden to teachers: “They’re all our children.” At the time, he said it’s to help them “reach their potential.” The reality is to push the agenda on the children through repetitious programming and groom where they can.”

“Patriotic parents need to pull their children from Democrat and leftists schools, period.”

The left successfully went after college-age kids with this plan, and now they’re going after grade school kids.

It’s up to us to stop them this time. 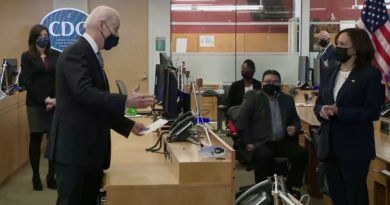 Every state should denounce the nation’s largest teachers union, also known as the National School Board Association (NSBA) which wrote the letter to the WH and your state’s teacher’s union needs to be defunded. Put the teaching back in the hands of the state. We are just wasting our money supporting a system that wants to groom our children. Pathetic and totally disgusting!

Vlad Lenin and Adolph Hitler couldn’t have said it much better. All of these groomers, Commies and morons need to be fired. Period. And Betsy DeVos calling to end the Department of Education (a sop from President Carter to the teachers unions).

The cvnt is a idiot like her senile husband