The athletes who are protesting the National Anthem are totally DISRESPECTFUL AND UNPATRIOTIC to the country that has given them so much. This is where one veteran stepped in and with his actions said the truth ..loud and clear!

67-year-old Air Force veteran Jim Saddler who served as a presidential flight attendant on Air Force One for Ronald Reagan now works as an usher at Indiana Pacers games. He is also as a referee for high school volleyball, softball and basketball.

He was working a game on October 9th when he noticed that several people in the stands were sitting during the anthem. Even though he was frustrated, he initially brushed it off. It wasn’t until he saw one of the players from North Central kneeling that he made his move.

Jim Saddler calmly walked to the scorer’s bench, turned in his flag, and then approached the North Central coach to tell him why he couldn’t stay.

But, Saddler said that the North Central assistant athletic director Andy Elkins shouted to him as he was walking out.

Elkins hollered: “You have a contract!” He then reminded Saddler that he was walking out on high school kids and that he had been paid $20 to line judge the game.

Not long enough Saddler found out that he had also been suspended by the Indiana High School Athletic Association (IHSAA) for over one year!

Saddler said: “In the Air Force, you have a duty, and you do it. The same with sporting events. I guess I went AWOL. I feel bad about it.” He also explained that this whole situation angered him.
“What they did just upset me so badly that I just could not stay there.”

“I know it’s her constitutional right to do what she wants to do. And it wasn’t fair to the other girls who were standing and respecting the flag. After I thought about it, you know, sometimes it takes you a little time to sit down and think about stuff and what you did. And after I thought about it, I would never ever do that again,” Saddler said. “I would never break a contract.”

Afterward, he tried apologizing to the IHSAA and attempted to get his suspension reduced, but was told there’s no chance of coming back before the suspension is up.

“I don’t think the IHSAA (cared) about what I said or what I did or that I said I wouldn’t do it again. Here I am a retired veteran, you have to see my point of view of what I did. Right?” he asked.

Just more of the Double Standards we see. We must only care about the feelings of certain people, others mean nothing. Those players have their rights, but someone who fought for those rights doesn’t have any. That is as stupid as it gets. Goes to show that those kneeling aren’t fighting for anything but attention. They do not realize that the more the NFL disrespect our country, the more Americans will walk away. They will self-destruct.

I applaud the veteran for doing what he did. I am also grateful he served his country. He did the right thing.

What do you think? Should he be suspended for what he did? Scroll down to leave your comment below! 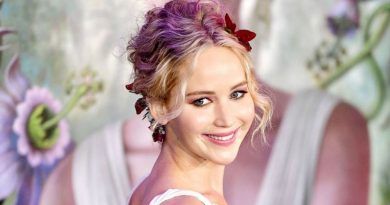 After Attacking President Trump And Every Christian In The World Jennifer Lawrence Got The Worst News Of Her Life!

Breaking: The State Of Wisconsin Authorized An Audit Of The 2020 Election!

Texan Helping Texan! What Pizza Hut Employees Did For Harvey Victims Will Make You Cry Tears Of Joy

This man did exactly what he should have done…

He did the right thing

I am so sorry they fired you because you are patriotic! You did what you felt was right and believe me, a lot of us would’ve done the same thing! If a person doesn’t love & respect our country by at least standing up for our flag and our National Anthem, they don’t deserve to live here! It’s so disrespectful!