President Trump spoke to the National Rifle Association’s annual leadership forum on Friday, the first sitting president since Ronald Reagan to do so.

On his 99th day in office, he became the first sitting president since Ronald Reagan to address the NRA. He thanked gun owners for their support in the election and promised to “never, ever let them down.”

“Let me make a simple promise to every one of the freedom-loving Americans in the audience,” Trump said in Atlanta. “As your president, I will never, ever infringe on the right of the people to keep and bear arms. Never, ever. Freedom is not a gift from government. Freedom is a gift from God.”

Trump relived the night he was elected.

“Perhaps some of you remember the last time we were all together,” he said. “It was in the middle of a historic political year — what fun that was. November 8th. Wasn’t that a great evening? Remember that? … You know, the Republicans have a tremendous disadvantage in the Electoral College. It was a great evening, one that a lot of people will not forget. And remember they said, ‘There is no path to 270.’ For months I was hearing that. They were trying to suppress the vote.”

“Only one candidate came to speak to you, and that candidate is now president of the United States,” he continued. “I have a feeling that in the next election you’re going to be swamped with candidates. … You came through for me, and I am going to come through for you. I was proud to receive the NRA’s earliest endorsement in the history of the organization, and today I am proud to address the forum for the first time since Ronald Reagan. I want to thank each and every one of you — not only for your help, but for everything you do to defend our flag and our freedom.”

“With your activism, you helped safeguard the freedoms of our soldiers who have bled on the battlefields. I know we have many veterans in the audience today, and we want to give them a big, beautiful round of applause.”

“The NRA protects the freedoms our service members have won on the battlefields, and it’s been a tough fight against those who want to ban private gun ownership entirely, but I am here to deliver good news. We have news you have been waiting for a long time. The eight-year assault on your freedoms has come to a crashing end. You have a true friend and champion in the White House. No longer will federal agencies be coming after law-abiding gun owners. No longer will the government be trying to undermine your rights and your freedoms as Americans.”

“When I spoke last year, our nation was still mourning a great defender of the Constitution, Justice Antonin Scalia. I promised, if elected, I would nominate a justice who would be loyal to the Constitution. I even went further and published a list of judges from which I would make my selection, and that’s exactly what I did. I kept your promise and now with your help, our brand new Justice Neil Gorsuch, sits on the bench of the United States Supreme Court.”

“We have also moved quickly to restore something gun owners care very much about — it’s called the rule of law. We have made clear our administration will always stand with the men and women of law enforcement. In fact, countless members of law enforcement are also members of the NRA because our officers know responsible gun ownership can save lives. Our police and sheriffs know that when you ban guns only the criminals will be armed. For too long, Washington has gone after law-abiding gun owners.”

Trump said his attorney general Jeff Sessions will go after the cartels who “prey on our innocent citizens” and “drug dealers who are peddling all over our streets.”

“Don’t even think about it. We need the wall.”

Trump closes out speech at convention: “And to the NRA, I can proudly say, I will never, ever let you down” https://t.co/wMWljBmTn5

Protesters in favor of stricter gun controls took to the streets of downtown Atlanta before President Trump’s address to the NRA.

But I am sure that many Americans around support president Trump decision to support the second amendment!

Are you one of them? 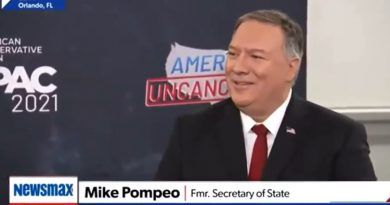