Two Republican U.S. senators introduced legislation that would cut funding to the United Nations until it repeals an anti-settlements resolution passed last month by the Security Council.

Sens. Ted Cruz of Texas and Lindsey Graham of South Carolina went on morning shows Thursday to announce the resolution, which is newsworthy in part because the two senators are known to intensely dislike one another.

The bill would stop the flow of funds until the president confirms the repeal of a U.N. Security Council resolution that called Israel’s expansion into Palestinian territories a violation of international law.

Cruz said President Obama “betrayed decades of robust bipartisan American support for Israel” by having his administration abstain from voting on the resolution rather than vetoing it.

“Congress must hold the U.N. accountable and use our leverage as its largest contributor to push for the repeal of this resolution, making it clear to the world that Congress stands unequivocally against efforts to undermine Israel,” he added…

…The House passed a resolution on a 342-80 vote last week denouncing the Security Council vote. A majority of Democrats, 109, voted for the resolution, while 76 voted against it, and four voted “present.”

The Senate has introduced its own resolution, which is backed by 68 senators, though it hasn’t yet come up for a vote.

Graham, who oversees funding for the State Department and foreign operations in the Senate, called the vote “a slap” against the United States’ Middle East ally.

“Twenty-two percent of the money to fund the UN comes from the American taxpayer. I don’t think it is a good investment for the American taxpayer to give money to an organization that condemns the only democracy in the MidEast, and takes the settlement issue and says that the most important and only issue in terms of impediment to peace,” Graham told MSNBC.

“I begged the UN months before don’t put me in this box with [Secretary of State] John Kerry and [President Barack] Obama taking a slap at Israel and we are going to push back. Many Americans believe the UN has become more anti-Semitic, more anti-Israeli, and I am a big internationalist but we are going to stop the money until we get this fixed.”

Graham’s statement contradicts the conclusions of a Brookings Institution poll, which found nearly two-thirds of Americans favor UN resolutions demanding a halt to settlements and that a majority of self-identified Democrats support some form of sanctions towards Israel to bring about peace.


Each year, the US gives approximately $8 billion in mandatory payments and voluntary contributions to the international peace agency and its affiliated organizations. About $3 billion goes the UN’s regular peacekeeping budgets.

In a press call about the resolution vote, White House Deputy National Security Advisor for Strategic Communications Ben Rhodes explained that the US abstained on the resolution because it “expresses a consensus international view on Israeli settlement activity.”

“We thought that we could not in good conscience veto a resolution that expressed concerns about the very trends that are eroding,” Rhodes explained. “A two-state solution.”

The resolution, however, is toothless, as it does not authorize any form of sanctions to compel Israel to respect international law.

The resolution vote came the same year the Obama administration awarded Israel with its largest military aid package ever, signing a memorandum of understanding in September that would give it $38 billion over 10 years. 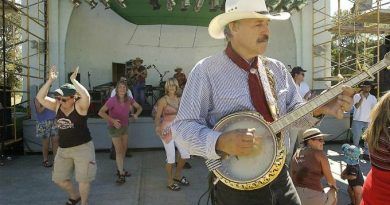