As we reported yesterday a video showing multiple packages reportedly looted from Los Angeles trains has gone viral with over 2 million views.

He captioned the video: “Keep hearing of train burglaries in LA on the scanner so went to Lincoln Heights to see it all.

Keep hearing of train burglaries in LA on the scanner so went to #LincolnHeights to see it all. And… there’s looted packages as far as the eye can see. Amazon packages, @UPS boxes, unused Covid tests, fishing lures, epi pens. Cargo containers left busted open on trains. @CBSLA pic.twitter.com/JvNF4UVy2K

I’m told by law enforcement these @UPS bags are especially sought after by thieves opening cargo containers… they are often full of boxes with merchandise bound for residential addresses. More valuable than say, a cargo container full of low value bulky items like toilet paper. pic.twitter.com/Tj5bQNIeby

This opened package from REI destined for Bainbridge Island, WA was taken off a train. Typing in the UPS tracking number and it obviously lists it as “delayed.” We found lots of opened packages bound for the Northwest along this section of tracks – Schreiber tweeted.

This opened package from @REI destined for Bainbridge Island, WA was taken off a train. Typing in the @UPS tracking # and it obviously lists it as “delayed.” We found lots of opened packages bound for the Northwest along this section of tracks. pic.twitter.com/dO82QoJhTT

As you can see, trains frequently slow or stop in this area as they get worked into the @UnionPacific Intermodal facility near Downtown LA. The thieves use this opportunity to break open containers and take what’s inside. I’d say every 4th or 5th rail car had opened containers. pic.twitter.com/PHpujyB84M

Missing a package? Shipment delayed? Maybe your package is among the thousands we found discarded along the tracks. This is but one area thieves have targeted trains. We were told this area was just cleaned up 30 days ago so what you see is all within the last month. @CBSLA pic.twitter.com/43002DPyZa

Responsibility for policing the railroad right of way falls on Union Pacific Police… not local agencies like LAPD. We did see Union Pacific police chasing two people today off the tracks and keeping an eye on things, Schreiber tweeted.

Responsibility for policing the railroad right of way falls on Union Pacific Police… not local agencies like LAPD. We did see Union Pacific police chasing two people today off the tracks and keeping an eye on things. pic.twitter.com/M5aQSrkGZW

But a little help from the DA would be nice, because t seems that “woke” and “progressive” policies are the real reason why we have these raids on the trains!

Kristine Lazar from the local CBS Los Angeles station spoke with Union Pacific police about train theft and they forwarded her this letter they sent to LA County DA in December. UP says they arrested > 100 people in last 3 months but many were fined and released within 24 hours.

Copies of the letter below:

Letter from @UnionPacific to @LADAOffice on rise in train robberies. 90 containers breached a day, theft up 356% says UP. UP considering rerouting it’s trains out of LA county. UP asks DA to be harder on theives. Says they’re back out on the tracks a day after released. @CBSLA pic.twitter.com/SRNFYkPtiq

The reporter also had this statement released to her from the DA’s office:

However, videos and reports of cargo trans being looted came from other cities and states like New York and Chicago and other states that are have destroyed their criminal justice system just like LA and California!.

Video from Chicago where a freight train is being looted by a group of people:

This video is from train looting from Chicago, according to what @zerosum24 heard.

Your lost packages may be more likely to get yoinked by these scumbags than lost due to driver error or something.

These people literally throwing TVs to their homies from a moving train. 😂 https://t.co/X1EiUoan31 pic.twitter.com/iSmmmvYOHf

The videos above remind us of some third-world country, not the America that we grew up in!

The reality s that “woke” policies got these states and cities into trouble!

In 2014, California adopted Proposition 47, which made thefts of $950 or less a misdemeanor. Once people realized that they were unlikely to be arrested or prosecuted for stealing below $1,000, they, of course, responded to the incentive. For their part, the stores advise employees not to interfere with shoplifters lest they get hurt. Many crimes don’t even go reported.

And so it is open season for people to take whatever they want.

New York City famously re-established order in the 1990s based on “broken windows” policing, or a focus on offenses that degraded the quality of life; San Francisco and similar locales are engaged in “broken windows” neglect — the broken windows being at high-end stores struck by emboldened robbers.

This is a polity deciding that it is more important to stay its own hand from arresting and jailing criminals than to protect businesses from getting robbed, protect duly employed people from having to watch cretins flout the law, and protect neighborhoods from losing retail outlets that they depend on.

Liberal politicians are even asking for defunding the police which would mean a total collapse of these places!

Of course, the story about the raided trains around our country was a hot topic on social media but not tone mainstream media decided to dig in and investigate even further. 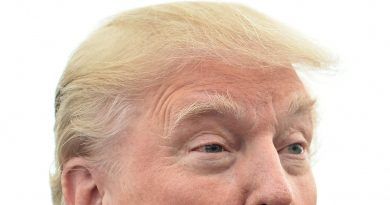 WAR CRIMES CAUGHT ON VIDEO: Russian Troops Fire Mortar Round At Civilians They Promised They Would Let Leave In Irpin, 3 Dead Including 2 Children

Of course, the lefties think this is ok as it brings so-called “equity” to their favorite protected classes. Snake Plissken, call your office.

Whenever the police say they “take this seriously” it actually means I couldn’t care less and just wish it would go away.

Bring back the 1870/80s Pinkerton railroad detectives who shot or hung train robbers. Issue them railroad licenses to kill. Randomly dispose of bodies in the desert along the train routes. Problem will go away as the thug population gets culled instead of coddled. Railroad property is a special (mostly federal) category, unlike private property.

What a shame! The perps are a federally “protected” species…

Protect your stuff and stuff you are responsible for with extreme prejudice. Sight in your prejudicial device using Soros DAs’ and judges’ foreheads.

The yard should be posted with explicit warnings.
And the observer/shooter overwatch team should make it real.

Looks like a great place to have some German Shepherds.

Not lethal enough, and puts the doggies in danger. Use sniper teams.

I would say those Italian Cane Corso dogs, with leather spiked collars!

And yes, bayonets, batons and water cannon. We are too soft.

Like “smash & grab” robberies the faddish increase in train burglaries is almost a 100% black crime phenomenon, yet that commonality is never mentioned when it comes time to target the causes and remedies.

And yet these idiots keep steeling paper towels and robbing discount stores.

Un Un Protected species is the proper means of address. It’s illegal to be specific.

Again, the thieves are black! They know they are “untouchable” in California!

My Cane Corso can touch them.

A few shootings would stop that.

This, people, is why it’s dangerous, irresponsible and just plain stupid to vote for a Democrat. Unless one prefers to live in a Mad Max hell scape of crime, drugs, institutional corruption and lawless violence, that is…

Satan said, “Thanks you liberals with less than 12 brain cells. Thanks Soros, and LA prosecutors. Thanks every single democrap who voted in the scum of the earth.”

Perhaps the central distribution centres, should be relocated outside of areas, where the laws are not effective. Perhaps, outside of the states that do not enforce this type of crime. Maybe, just drop it across state lines and leave the problem with them. Transfer liability for all into the hands of not viable areas.

Hey I ordered iver mec something as a back up and Master card cancelled my card, first time ever. They said, the company I was ordering from was not trust worthy and were concerned, that I’d lose my money. Hmmmmmmm?

They weren’t all that concerned, when Amazon kept resending me the same order, Claimed it was a hacker problem at Amazon 3 or 4 weeks back. Still no refund even with return. Not even an answer since the problem except the standard, We’re looking into the matter. Un hun.

Oblamos plan to fundamentally change america but what is going to happen when no one works, just steal, Directly there will be a huge backlash and those pols who enabled this will be in the cross hairs. I am surprised it hasn’t happened yet but its coming.

The 13%’s contribution to society. Theft, murder, mayhem.
It’s not that we’re racist-we just know that they aren’t capable of being civilized.

We ALL pay dearly NOW for the stinking greedy slave traders centuries ago.

Is this Swaziland, or the United States?

Deport all [email protected]@ers to hell!