Awesome to know that Americans helping Americans is what keep this country being the best in the world Thanks to our military and Harley-Davidson dealers owners.

A humble Harley-Davidson dealership owner named Dennis Packee is going viral for a letter he wrote to a soldier’s wife. The soldier, named Christopher Walters, left his motorcycle in some rented space at Reiman’s Harley-Davidson before being deployed overseas. Christopher’s wife, Jaime, was supposed to stay on top of payments for the storage space while he was gone, but she recently fell behind.

Because unexpected problems popped up, Jaime fell behind on the Harley-Davidson payments. And when she realized her mistake, she sent the late check in the mail with a long apology. Now Dennis Packee’s response has gone viral…

In her letter, Jamie explained why the payment was late. And when Dennis read her reason, he refused to take her money. He knew that she needed it more than him.

“You send that money back to her,” he told his office employee. “I never, ever!”

Decades ago, Dennis was almost drafted into the Vietnam War. But when he had his medical examined, he was discharged. Since then, he has understood the sacrifices the men and women who serve America make on a regular basis.

And Dennis has always been looking for creative ways to give back. When he saw Jamie’s letter and late payment, he knew this was one of those opportunities.

Accepting Jamie’s money was not only a problem for Dennis, it was against a policy Dennis instituted more than 18 years ago.

He wrote back to Jamie, returning her money, and explaining the dealership policy.

“Enclosed, you will find the check you mailed to us regarding the account of Christopher,” Dennis’s letter read. “It is the policy of Reiman’s Harley-Davidson to waive storage fees for our active duty service members who are deployed. It is our honor to keep your bike safe and secure while you provide us with our freedoms.”

And he forgot all about it…

Until he was flooded with calls of goodwill. Random people started thanking him. Jamie had posted Dennis’s letter online and it had gone viral…

Because Dennis doesn’t even use Facebook, he didn’t know how it worked. But the attention not only shocked him but increased his love for America.

“It was impossible to answer them all. I got to thinking, this is America and people DO care. They care about their soldiers and they’re expressing that,” Dennis said. “America is still America. I was a little worried about how our country was going, and to see people step forward in this way, it’s just enlightened me. A small effort like this, and look where it’s gone. Maybe more will do the same thing.”

This is the American we grew up in, the people who make the this the greatest country. God Bless you Harley- Davison for going the extra mile. God Bless our troops!! God Bless the USA! 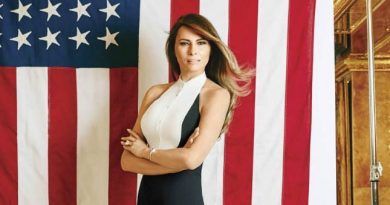 That would have been nice if they had done that for our son. He had a brand new 2010 black denim Harley. He is also a veteran. Was shot in the head, lost his carotid artery, massive stroke and report his motorcycle. What kind of person takes a bike from a wounded warrior, then expects him to pay the balance