BANGOR, Maine — No peace ’til Cleveland? Just when some thought the infighting was over, Donald Trump once again is taking on former Republican rivals and traditionally conservative allies.The GOP presumptive nominee, less than three weeks from the party’s convention, told a crowd on Wednesday that he isn’t happy that some of his former rivals aren’t endorsing him — and the way he sees it, there should be consequences.Without naming specific politicians, Trump called those 2016 candidates who have yet to endorse him in accordance with the RNC pledge “sore losers” who “should never be allowed to run for public office again.” Among those names yet to officially and explicitly endorse Trump are Ohio Gov. John Kasich, Texas Sen. Ted Cruz, and Wisconsin Gov. Scott Walker. Names that could, come next election cycle, be back in play once again.

Sources from both Kasich and Cruz camps told NBC last month that they aren’t expecting to speak at the July convention in Kasich’s home state of Ohio.

But Trump’s fights with fellow conservatives didn’t end there.

Taking on the traditionally GOP-friendly Chamber of Commerce, Trump repeatedly attacked the group, calling them “totally controlled by the special interest groups” and “various groups of people that don’t care about you whatsoever.” The chamber tweeted against Trump’s anti-NAFTA message in the aftermath of his first major trade policy speech, saying that “NAFTA has NOT been a disaster for the United States.”

Striking an incredulous tone about how anyone could disagree with his proposed, largely isolationist, trade plans, Trump wondered aloud “why” anybody would be against what he’s saying. “I don’t understand it,” he said, noting that “if you think about it, it’s pretty sinister” to come out against his trade plans.

But while Trump was hammering trade and his should-be allies-turned-adversaries, it was his opening act that picked up the mantle of attack against Democrats, specifically Elizabeth Warren. Taking a cue from Trump’s nickname of “Pocahontas” for Sen. Warren, conservative New England radio host Howie Carr took the moniker once step further during the pre-rally show.

“You know Elizabeth Warren, right?” Carr said, tapping his hand over his mouth in a mock tribal chant. The crowd loved it, some joining in with chants of their own. By the time Maine Gov. Paul LePage came to the stage to introduce Donald, some in the arena were chanting in support of their governor for VP. 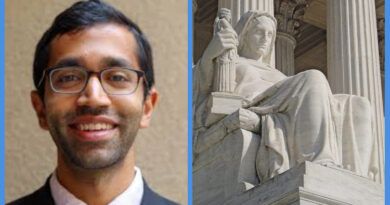