President Trump is the only one that actually does something at all when it comes to North Korea and in return, he got attacked on every corner about his action against the crazy dictator!

Today North Korea has fired a missile that flew over Japan, the Pentagon confirmed.

“We assess North Korea conducted a missile launch within the last 90 minutes,” Col. Rob Manning, director of press operations at the Department of Defense, said Monday evening in a statement. “We can confirm that the missile launch by North Korea flew over Japan. We are in the process of assessing this launch.

“North American Aerospace Defense Command, or NORAD, determined the missile launch from North Korea did not pose a threat to North America. We are working closely with Pacific Command, Strategic Command, and NORAD, and we’ll provide an update as soon as possible,” Manning added.

“This ballistic missile launch appeared to fly over our territory. It is an unprecedented, serious and grave threat to our nation,” the top government spokesman told reporters.

Japan protests the firing in the strongest terms, Suga said, calling a clear violation of United Nations resolutions. Japan will work closely with the United States, South Korea, and other concerned nations to take a timely and appropriate response, he said.

NHK reported the Japanese government issued a warning to people living in northern prefectures to take cover near strong structures after reports of the launch.

Also, the growing North Korea threat has had leaders in Tokyo contemplating defense options, even if those discussions have not always been public. “We have already done the groundwork on how we could acquire a strike capability,” an anonymous official familiar with Japan’s defense planning told Reuters.

What do you think?
Should we attack North Korea?
Scroll down to leave a comment below!

Trump Found a Mole In The White House..You Won’t Believe Who It Is!!! 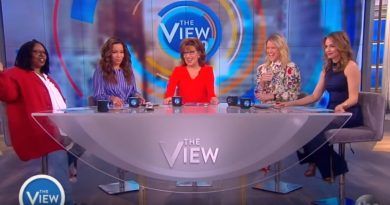 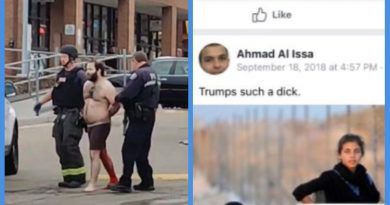 I would suspect they would react–this is sort of a game of ‘what if’ — eh?

It flew over Japan,let Japan strike….We will back them up….I thought Japan had NO military….When did they (Japan) get a military ???? Under who,s watch

It’s time. How do we know that the missle wasn’t intended to strike Japan and missed. Why wasnt it brought down with the Patriot defense system. Lets create an EMP over NK and detonate a low yield nuke over their Capitol.

My vote goes to anyone who promises to blow China and North Korea off the planet.