These days it is such an embarrassing shame what America has turned into. Players from both the Baltimore Ravens and Jacksonville Jaguars were the first to protest by taking a knee ahead of their game at Wembley Stadium in London on Sunday morning. However, no players were kneeling during the playing of God Save The Queen – the British national anthem.

Kneeling during our National Anthem is one thing- but immediately Standing for the National Anthem of the country we fought against to secure your right to act a fool is ignorant, despicable, and dishonorable.

Hopefully, the fans will know how to punish this!

“Thousands of fans were incensed that nearly all of the Ravens players knelt during the national anthem, displaying what they called a “gut-wrenching” lack of respect for the country and the flag.

Many fans said they would no longer support the team because of the protests.

“Introducing politics into today’s was the lowest behavior of any team. I’m no longer a Ravens fan after today,” one man wrote on the team’s Facebook page. “I will be notifying M&T Bank of my decision to pull out as well. If you don’t support my country, you & M&T Bank don’t deserve my support or my money either. Shame on you Baltimore Ravens!”

Others saw the demonstrations as a lack of respect for the team’s fans and the city of Baltimore.

“You all forget who you represent. Not just yourselves,” a woman posted. “You represent the Ravens, Baltimore, and America. And you embarrassed yourselves and us today. You not only broke the unity of us as Americans today, I think you broke the unity between Ravens players and Ravens fans.”

Before Sunday’s games kicked off, President Donald Trump criticized the NFL for allowing players such as former San Francisco 49ers quarterback Colin Kaepernick to kneel during the anthem in protest of police brutality against minorities. In an early morning tweet, Trump called on team owners to punish players who refuse to stand for anthem.

“If NFL fans refuse to go to games until players stop disrespecting our Flag & Country, you will see change take place fast. Fire or suspend!” he wrote.

The Ravens and the Jaguars were the first teams to respond to Trump, kneeling on the sidelines while the national anthem played at London’s Wembley stadium. Teams across the NFL followed suit in later games, with hundreds of players engaging in some form of protest during the the anthem. Some teams locked arms, others knelt, and some, including Pittsburgh Steelers, remained in the locker room during the pre-game anthem.

The Steelers protest was received with outright hostility from thousands of the team’s fans, who are known as some of the most loyal and passionate in the league.

“I have been a Pittsburgh Steelers Fan for 60 years and Not so much anymore. I’m done,” Joyce Maletto wrote on the team’s Facebook page. “How dare you dis-respect our country like that. You only have one player that is a true American!”

Maletto was referring to Steelers offensive lineman Alejandro Villanueva, a former Army Ranger who served three tours in Afghanistan. Villanueva was the lone Steelers player to emerge from the locker room and stand on the field during the anthem.

Even teams that notched impressive wins on Sunday weren’t immune to criticism from fans outraged by the anthem protests. After the Jaguars touted their wipeout of the Ravens in a Facebook post on Sunday night, the vast majority of replies didn’t celebrate the victory but instead blasted the team’s protest.

“You disrespected our Flag, our Veterans who fought for it and our Country and you did it on foreign soil,” David Ruth wrote back. “Not one more dime of my money! Not one more minute of my time!”

If you don’t have respect this country or it’s flag then you don’t deserve to be making a living here.
Because of their disrespect, we must STOP go to a game and STOP watch them on TV!! Simple as that! Once their obscene salaries start dropping these airheads will get the message and their attitude will change!

If they won’t support America THEN AMERICANS MUST NOT SUPPORT THEM!

Amazing! Ivanka Trump Made History After What She Did In White House Last Night!

Today over 50 people I know canceled their accounts with NFL teams; canceled CC on file to end season tickets; had their lawyers contact the Ticket Managers at their once specific NFL Team told to cancel Mr. Soanso’s season ticket agreement immediately or face legal actions.

Tomorrow, as I contact more clients these numbers will get larger. Next day I expect the same.

If you don’t stand you get canned! This is the battle cry.

This is what needs to be done Americans, this is the right thing to do.

The NFL Owners, with some exceptions, have chummed up with the BLM by supporting those who disrespect the Flag. The Flag symbolizes the courage of those that gave their Lives, so this Football-Elieiest could be paid Millions. Cancel your tickets today, then Go to Arlington Cemetary or the closet to your and tell my dead friends and yours you said Piss on those guys, those a-holes, that will not Honor Your Sacrifice for us, with Honoring of the Flag you fought for and died for.

America, so many are taking a knee on Football season tickets, stopping payments, calling ticket offices it is getting uncountable now.

There is a game tonight, I will not be watching, I will be busy. I will never watch another game. I live in Ohio, we only had Cleveland and Cincinnati, 0-3 each respectively.

But even with that, I can feel your hesitation if you had a good team, wanted to see them win.

You can be a private fan at home, the games this season will be played because of the TV contracts. You watch the empty stands get even emptier, as more and more bailout.

Soon there is going to be a retconning of some sort.

I will not disrespect Our Nations Flag by being any part of the No Fun League Players BS!

yeah. me too. this is stupid. my comment is too short. How do you know I don’t want to write anymore…or that I am writing with a pencil in my teeth. ?? How do you know what i can do?

I am tired of these overpaid entertainers thinking they can make their stand at or during a game. The disrespect at an away game in the UK is the last Straw. So today I created an easy image banner. Everyone seeing this may share the link on Twitter or Facebook, or whatever Social media you like.
SPREAD THE WORD…. 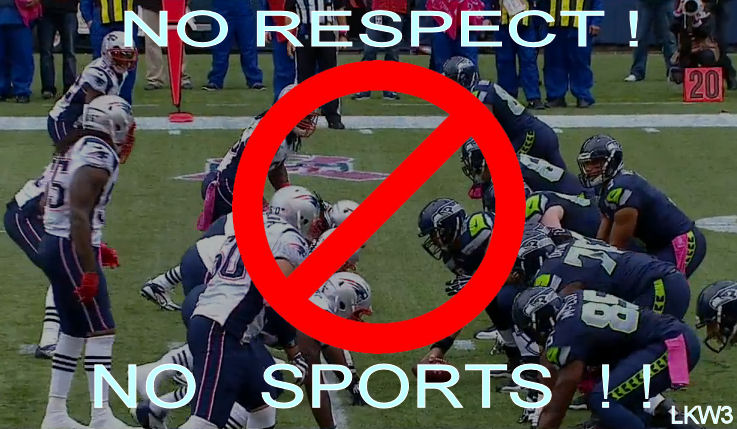 As much as my family over football, we will not be watching at all. You all should be ashamed of yourselves! Its disgusting! All its doing is making yourselves look like idiots who only care about yourselves.

Americans have fought and died so u can protest . I have no problem w that. I am glad u have opened a dialouge on some important topics. But i cannot and willnot support you or your sport. I have not watched a game yet and i will no longer. Your organized enough to embarras America, lets c u put your $where your knee is. Make it better. Get involved in the inner cities. Not just a photo op

Hi, I’m a 100 percent disabled Army Veteran. I’m all for the first amendment but this has nothing to do with our flag or the Anthem. This is about black people starting a uprising against white Americans. They need to stop burning and looting our cities during their rallies. I think when they do marshal law should be enacted and shoot to kill orders put in place. I’M sick of these traitors to our country. Boycott NFL, and any others who disrespect our country. 🎩

I will not attend another game or watch it on TV. I think everyone of those disrespectful players should lose their jobs and a new NFL commissioner should be selected.
Don’t disrespect my country, my flag or my President and expect a penny from me.

I will not nor support any of my family or people I know that supports the Nat’l football leagues or any sport that does not stand and RESPECT our Flag, our Military Veterans and those who sacrificed their lives for our Freedom. Here’s the other BIG FACT that you moronic players just did …………you have destroyed every sponsor that has ever sponsored your team…and yes, the American people know, including the beers they drink. So you go on and play to empty seats and guess what….you’ll get the message, however, what you don’t understand (or maybe you do) is that when you disrespect our Flag, you are disrespecting every red blooded American and our Military and our COUNTRY as a whole. “WE the PEOPLE” have now spoken and the backlash will be severe…guess what???? YOU LOST, not just some but 99% of your fan base, regardless of what Goodell says or thinks. Too little too late. You will see as will any other sports teams see if they choose the same path you have they too will also see the wrath of the American PEOPLE like no one has seen before……these last few days are just a few things….your sorry asses will be broke and on the street within 2 – 3yrs. You will not see any money handed to you for anything. It’s going to be like you have an non cureable disease, even watching you will be considered a BIG SIN, against our great USA and God!!! So bye bye Felicia…”have fun living in Hell on Earth” you don’t even deserve that! Personally, if it was left up to me all of you and your extended families would be deported to North Korea. Couldn’t think of a better place for non Americans to be! Hope you enjoy your one way ticket to Hell…as the DEVIL says “Hello, I’ve been expecting YOU!!!!”

How disgusting!! What role models you AREN’T!!! Go move to the country YOU decided to show respect for, get out of here!! Better yet go to the inner cities and do some good instead of whining because you were called out for your disrespect!!

wpDiscuz
12
0
Would love your thoughts, please comment.x
()
x
| Reply
Send this to a friend