This is the beginning of the end for this mall. That’s how it works. Decent people will refuse to shop there, stores will move out, only game arcades and urban wear stores will move in and in 5 years it’s gone.

This is the second time within a year that this happened at the Orange Park Mall. And I guarantee some of the same kids were involved in that one too. It’s what happens when you have parents that don’t give a crap about their kids.

A massive brawl broke out Saturday night at the Orange Park Mall, Florida, leading to the arrest of five individuals. A vicious brawl, involving more than 50 black teenage boys and girls. Young women can be seen kicking and punching each other in the footage of the altercation, with many of them appearing to wear matching shirts with an airbrushed design.

CBS 47 reports, action News Jax spoke to a mother of one of the girls who was arrested. She says her daughter is a victim. She said her daughter went to the mall with her friends to watch a movie when people started bullying them.

“They were walking around the mall bullying my daughter and her friends,” the mother said. “My daughter and friends [were] minding their own business and the adult and the other girls starting picking on them and saying stuff … The adult spit in my daughter’s face.”

Remember when malls were nice places that nice happy decent white kids would hang out at safely and have fun? They had their own little subculture – mall rats, the kids were called. And now look what the skypes have done. This mall is the West in microcosm.

Why are always the blacks who are on these type of crap? No such parenting and all the idiot can do I a record and instigate. Black Lives Matters huh? 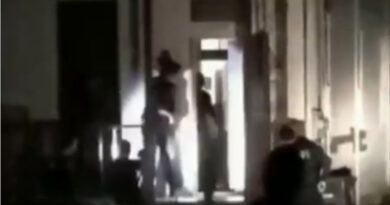 Video: Man Calls The Police The N-Word And Tells Them To Shoot Him – They Did Perfectly Good Job By Obeying The Law And Fulfill His Request 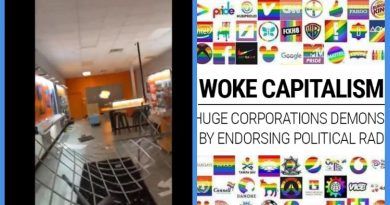 This is what happenshe to our youths when they are born to people who never should have had those. Mybe abortion should be legal it should be an individuals right to her OWN body not the government or people that just don’t seem to understand what a back street abortionist can do do a women and even end in death. I’ve seen it. How can a 12 year old or even a 16 yrs old be expected to raise a baby. A Baby raising a baby. Don’t get me that crap about birth control. Young and hot well that dosent equal birth control besides most don’t know how to get it or even think about it. Then the rest of their life is ruined just what I’ve seen anyway no matter what is said some people want those unwanted children to be born. Sometimes death is better than Wharton they will end up with. Just saying to you nay sayers I’ve been there have You? I kept my two and struggled everyday of my life for one mistake. Not that I didn’t take care of mine but most don’t.

This is what happens when ghetto women won’t stop breeding and let the streets raise their kids.

one good spray of oleo capsicum would disable all of them. I’ve seen it done to juveniles in jail and they would give up as soon as that stuff hit them. They would cry until they got decontaminated and then be just as belligerent and disrespectful as always.