It’s a shame that some people do not respect the president of the United States. Dragging him through the dirt all the time shows how disgusting these people are.

A “Shakespeare in the Park” production of Julius Caesar by the Public Theater features a mock assassination of a President Trump lookalike. William Shakespeare’s “Julius Caesar,” which opened May 23 and is causing a stir among audiences due to its apparent inspiration from the Trump administration.

We are tired of all the violence and negativity. He’s our president. This is beyond hateful and there is a real danger this type of stupidity will lead to some idiot trying to hurt the President.

But, karma is a bit*h! And you will love this!!! After the sick assassination scene was performed, Public Theater’s both biggest sponsors Delta Air Lines and Bank of America have announced their intentions of pulling their sponsorship from the Public Theater.

Delta Air Lines released their statement saying: “No matter what your political stance may be, the graphic staging of Julius Caesar at this summer’s Free Shakespeare in the Park does not reflect Delta Air Lines’ values. Their artistic and creative direction crossed the line on the standards of good taste.”

Bank of America who had partnered with the Public Theatre for 11 years, added it was withdrawing funding for the production.

They released their statement on Twitter, saying: “The Public Theater chose to present Julius Caesar in such a way that was intended to provoke and offend. Had this intention been made known to us, we would have decided not to sponsor it.”

They wrote: “We would like to clarify that our sponsorship of the Public Theater does not fund the production of Shakespeare in the Park nor do we condone the interpretation of the Julius Caesar play.”

Kudos to Bank of America and Delta for making the right thing and pulled their sponsorship of this atrocious depiction of Julius Caesar!

This is disgusting, no respect, no decency!!!! Just because we have freedom of speech, doesn’t mean this is right!

There are limits to everything. Freedom of speech goes so far -but, this is beyond that limit! This is inciting more hate and glorifying the assassination of our sitting President! 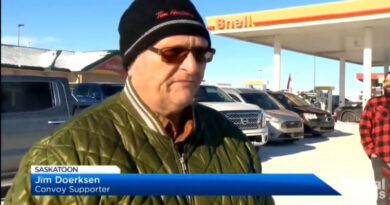 The article is removed

WATCH! Terrorists Get Smashed While Filming Their ISIS PROPAGANDA VIDEO

This is beyond stupid. These disrespectful idiots are hoping that President Trump will fail. Well folks what do you think will happen to America if we continue to act this way. Why would anyone want to be president of this country. We are slowly sliding down a slippery slope. We don’t need ISIS to destroy us, we are doing it ourselves.

If I were him I would say stick it where the sun don’t shine and take my billions out of American businesses and move somewhere where they are appreciated. He doesn’t need this job. He took it because he believes he can make things better.

You just enclosed everything that I wanted to say. Nothing to add to it!
I wouldn’t accept his job even if they would pay me million per month. Who wants to work with idiots!? Why would you like to deal with stupid people having enough money in your bank account instead to run away from them!
The ONLY valid answer is “LOVE”
And this apply to anyone and anything. When we love we can move the mountains. Trump loves his country and his people ( he is a people person) and he believes that he can change this country for better place.

AMEM Linda. So many sick hateful people in the USA now.

Thank you Bank of America and Delta. You stood up to hate! Good for you! What are you liberals wanting to happen in our country? Why is it that you do not want what is best for the American people? Your example is anarchy and lack of respect. I’m ashamed of you!

I applaud the responce buy sponsors this play is a direct assault to the office of the president … Totally unartistic.

Gee I wonder if these BS Liberals will step up with THERE Money for this stupid shit !! Bunch of damn MORONS !! Way to go Delta & Bank of America

What ever happened to the charge “communicating a threat to another person” If you want to re-enact the death of someone already dead there shouldn’t be any problem, however if the person is alive, this is subject to prosecution! There could be a person that has been exposed to things like MK Ultra, where there is a person that has been psychologically exposed to kill the sitting President upon being exposed to a word or a scene where the killing takes place. It’s like having a Trojan virus downloaded in a computer, and when the letter “o” is depress it gives a signal to load the virus. A person with these problems can do much harm. This is a threat, not a joke! Everybody in the cast of the theater and all that were part of it should be investigated and at minimum be charged a fine of some sort. Unbelievable!

He’s needed here in Australia!! Come on Down under!!!

Sick of these Hollywood Liberals thinking they can do whatever they want, like they are above everyone and that rules and laws do not apply to them. Clearly they are lacking common sense. Glad some backlash is hitting them, but more needs to be done to get this pathetic shit they are pulling shut down.

I’m flying Delta from now on. Apparently they have some smart people working there to back off this crap.

Meryl Streep is an ugly person. She used to be my favorite actress. I never knew such vile comments about our President would come from her. I thought she was a very gracious person and she always gave that impression but underneath, I think she thought she deserved all the awards she received and those she did not receive as well. She is not a beautiful woman but I have to say she is an exceptional actress. But this liberal “thing” that has most of Hollywood entertainers drinking the Kool-Aid is really getting out of hand. People, the majority of the US voted for President Trump, accept it and go on with your lives. You must be miserable right now trying to think of the next thing to fire out against the President. Meryl Streep is getting old and has nothing better to do because not many movie roles are coming her way. Settle down Meryl and accept growing old graciously.

Meryl Streep and her associates are reprehensible, acting against our Democracy and 2 party system’s intent..to the point of being subversive and anarchist. I regret ever giving any kind words to her and such as these who fan the flames of violence, totalitarianism, and division.

Please someone let us know what sponsors if any didn’t pull their support so we may boycott them into bankruptcy hopefully.

hey, keep standing out there in the limelight. make sure you are remembered. make sure that you are foremost in the memory of the people you are goading, remember what the British guy said. they aren’t just put down Trump, they are spitting in the faces of 60 million voters. it is always good to stand back and watch stupidity, come on let’s hear you draw some more attention to your selfs. say and do something that is even dumber than the last. REMEMBER WE ARE AMERICANS AND WE DONT FORGET.

Anyone who makes threats in any sort of way against the President should be put in prison.

It’s a sad day for America when we think this is theater. Thank goodness this funding was pulled. Even if they get funding people who care about America whether they like or dislike our President should boycott this play if they care about America at all. This play is certainly created by the graduated snow flakes.

This play advocates hate and violence. Decent American’s are sick and tired of these “Artists”, and the audiences that follow and agree with this. Thanks to this kind of production and the actors in it, we have hate crimes .

I am just DISGUSTED!!!!
I remember when if you threatened the President you get a visit from the FBI and maybe jail time I just don’t know what these people are thinking!!!

what if these people tried this crap in North Korea, Iran, Iraq, Russia, Saudi, Yemon and 100 other countries??? they would be a mass grave thats what, you would never see them again. maybe all them need to visit those countries!!!

This is a disgrace to America these libtarts are nothing but morons they don’t even belong in America P.S. don’t like Meryl she is another disgrace these people from hollywood think they know it all, they know nothing for the working people

Do more than post it here… Send a written letter of support to Delta and Bank of America for their actions. Show that America appreciates a defining moment when people have crossed the line. Do it today

This was a disgrace to our country and our Ptesidet, who by the way was voted in by the American people. You disgraced us all. with your actions. You are showing other country’s how disgraceful and ignorant you are . And how uncapible you are as a party that Wants to Run one of yourse. For president you are not fit to run for the highest office in the land. Until you get eduicated on how to act and treat other people.

wpDiscuz
23
0
Would love your thoughts, please comment.x
()
x
| Reply
Send this to a friend