What does it look like to the rest of the world when we turn our backs against our countries values? Does it look like a weak, demoralized society? A society that is left wide open for attack? An attack against our religious, justice, military, family, community, government, American values. NFL made America a national embarrassment when they kneeled for the American flag while overseas in London but then stood for UK’s national anthem. When you dishonor the American Flag, you are dishonoring American values. American values were and are hard to fight for. Millions have died to try to defend, protect and preserve our countries values. When we turn our backs against our values, our Flag, we are leaving ourselves wide open for the enemy to attack.

One fed-up Indianapolis Colts fan and Marine veteran burned his season tickets and posted the video to Facebook, and it’s quickly gone viral.

According to Fox News Insider:

“I’ve loved the NFL, always have. I’ve always been a huge fan. Wish I could’ve played in the NFL if I’ve had the athletic ability. Instead, I went into the Marine Corp. I served my country. My grandfathers served our country, both of them served in WWII. There’s a lot of people that fought and died for that flag. And to disrespect it yesterday like you did, I’m done,” Rodney Heard says before dropping his booklets of season tickets in a fire pit.

Heard told Fox Business Network on Wednesday that when he saw around ten Colts players kneeling for the anthem before Sunday’s game he was so angry he couldn’t stay for the entire game.

“Thousands of people died for our freedom. And I don’t think it’s much to ask for people to stand up and honor those that died so we can have that freedom,” Heard said.

He wasn’t the only fan who decided to burn NFL tickets and merchandise to protest the lack of respect being shown to the anthem and flag. There have been many videos emerging on YouTube and social media of irate fans making their feelings known about the players’ actions.

Patriots, we need to realize that this was just a series of actions from the left communist, their plans IS to ultimately remove the Star Spangled Banner, the Flag, and ultimately the Constitution, Bill of Rights…

NFL… They don’t realize the majority of their fans are Patriotic Americans who will stand up for this country. It’s gonna backlash on them. It’s past time we take our country back! 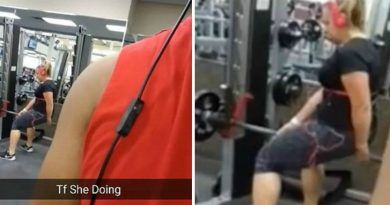