The anti-forced vaccination protest was back at the doorsteps of Harlowe yesterday evening. The protesters who were mostly Trump supporters are outraged over the restaurant’s decision to require proof of vaccination or a negative COVID-19 test result to enter their premise. The second night brought more hostility as Antifa members decide to counter-protest which escalated into violence, forcing sheriff deputies to detain four individuals.

When confronted about the aggressive energy taking place that evening, several protestors said bottles were thrown at them and that they were egged by those who opposed them.

And they weren’t lying at one moment a militant Antifa activist and journalist was punched to the ground by a person of color at the protest.

This is the same Antifa Journo who was present and spread disinformation at the Wi Spa events.

Antifa Journo who was present and spread disinformation at the Wi Spa events gets punched and knocked to the ground at an anti-vaccine event near Harlowe's restaurant in West Hollywood pic.twitter.com/ylWkaRe5iP

The video is slowly becoming viral:

A longer version of the video:

Another (longer) video of it

Shows the punch and Vishal (The Antifa journo) bleeding. Also I believe he maced someone with a camerapic.twitter.com/H0wLmvsSR1

Below is a video of what set off the violence people were protesting the restaurant requiring proof of vaccination.

A pro-vaccine activist (?) attacked one, a fight broke out then that led to them in the alley, where the fight was & Vishal got involved.
Video below:

The journalist decided to speak about the attack:

But he is lying as this isn’t the first time he tried to provoke an attack:

Antifa Journo gets 1.4K retweets claiming that they had a gun pulled on them

Additionally it was pocketed after #Antifa assaulted multiple people (including one person being stomped on the ground) https://t.co/K3MlZV83Uo pic.twitter.com/sdTC948P38

West Hollywood Sheriffs called the gathering an unlawful assembly at 9:15 p.m. A protestor insisted they were not there illegally and that they had a right to protest until 10 p.m. before it became unlawful.

At 9:30 p.m., deputy vehicles closed off Santa Monica Boulevard and evacuated the protestors who dispersed peacefully.

The forced Anti-vaccination protests will continue throughout the week at Harlowe. 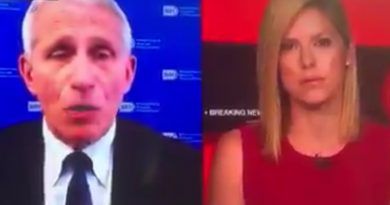 Capitol Police Officer Testifies To The Racism He Faced During The Jan. 6 Riot – His Linkedin Profile Picture Reveals That He Is Just Another Political Actor