As the Jan. 20 Inauguration Day approaches, there are rumors and plans flying around about protests and disruptions.

And there are the music artists who have reportedly turned down invitations from President-Elect Donald Trump to perform.

But then there are those who are coming out in force to show their support for the swearing in of the 45th President of the United States.

The Presidential Inaugural Committee has announced the lineup for the 8,000-participant parade, who will lead the new president with much pomp and circumstance from the steps of the Capitol after his swearing-in ceremony to the doors of the White House, where he will immediately get to work in his new home.

Now, the lineup for his inauguration parade has leaked, and the Trump transition committee wants everyone to participate.

“People from every corner of the country have expressed great interest in President-elect Trump’s inauguration and look forward to continuing a salute to our republic that spans more than two centuries,” Sara Armstrong, the committee’s CEO, said in a statement.

“As participants follow in the footsteps of our new president and vice president down Pennsylvania Avenue, they will be adding their names to the long list of Americans who have honored our country by marching in the inaugural parade.”

They went on to say that more information about the parade “will be forthcoming” and “[f]urther participants may also be announced.”

This Brave Marine Had Enough 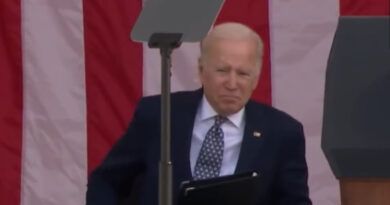 Did Biden F**t During His Last Public Appearance At The Memorial Amphitheater On Veterans Day? (Video)

Wonderful, I pray all will go well on the day and that everyone will be kept safe from any harm. Donald God is using you not only in America but all around the globe. In Australia it has encouraged the people to stand against the injustices their Government has been crippling them with as we see this can be done by the example taking place in the USA. Many, many thanks to you and your family for putting yourselves out there for your country. With God’s Grace I believe America WILL once again Be Great.

Proud of that lineup. Classy, patriotic and deserving of the privilege. Keep it that way.

Love the line up. Will be the best one ever!!!

What an AWESOME line up of participants!!! I’m so proud to have you for president
and that I’m alive after sending out five emails a day ripping KILLARY!!! I can’t wait for
you to MAKE AMERICA GREAT AGAIN!!!….GOD BLESS DONALD TRUMP!!!