Just hours after Rittenhouse’s verdict was read, Andrew Coffee IV was found not guilty on all counts of murder and attempted first-degree murder.

Andrew Coffee IV was charged with second-degree murder of his 21-year-old girlfriend and three counts of attempted murder of law enforcement after the raid led to an exchange of gunfire.

He was also acquitted of shooting or throwing a deadly missile.

The jury found Andrew Coffee IV not guilty on murder and attempted murder charges in connection to a shootout with deputies during a drug raid in 2017.

The gunfire ended with the shooting death of 21-year-old Alteria Woods, caught in the crossfire.

On Friday, a jury found her boyfriend, Andrew Coffee IV not guilty of second-degree felony murder, three counts of attempted first-degree murder on a law enforcement officer, and shooting a missile with a building.

Coffee testified at his trial that he didn’t hear the verbal commands from deputies and had no clue what was going on and that’s why he began shooting in self-defense.

We are not gonna get into the jury decision in his cases but we have to as the question:

Isn’t this similar to Rttenhousee’s verdict?

This case has zero media publicity and Rittenhouse is attacked by BLM and the mainstream media for killing two white males in self-defense and accusing him of white supremacy!

Black activists in Kenosha said the verdict showed they need to continue pushing for change in their city and state — in local elections, in education, and in changes to policing.

Many legal experts had said Rittenhouse had a strong argument for self-defense under Wisconsin law and could be acquitted.

In the aftermath of the verdict acquitting Kyle Rittenhouse, many people on social media, including some Democrats have argued race matters in the justice system.

Leading Democrats like Rep Jerry Nadler and Governor Kathy Hochul have slammed the verdict in the Rittenhouse case, while President Joe Biden did an abrupt u-turn to say he was “angry and concerned”. It’s also led some conservatives to wrongly claim people want to “burn down” Kenosha, with the phrase ‘burn it down’ trending on Twitter. But, if race was the key to the verdict, it appears Florida had a strong change of heart.

Rittenhouse’s case s clear and has nothing to do with race! 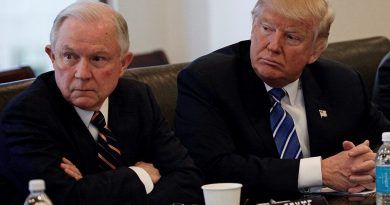 MSNBC Attacks Rep Scalise While He Is Fighting For Life

Poorly written article, which does not give but the barest details of the where & why. It only gives the “when.” Not enough.

wpDiscuz
2
0
Would love your thoughts, please comment.x
()
x
| Reply
Send this to a friend
Cookies are small files that are stored on your browser. We use cookies and similar technologies to ensure our website works properly, personalize your browsing experience, analyze how you use our website, and deliver relevant ads to you. For these reasons, we may share your site usage data with our social media, advertising and analytics partners. You can choose whether or not you want to consent to our use of cookies through the options below. You can learn more about how we use cookies by visiting our privacy policy page. California residents can also exercise their personal information rights through the Do Not Sell My Personal Information page. OkPrivacy policy