President-elect Donald Trump is facing new questions over a central campaign promise: that he will build a sturdy wall on the southwest border and Mexico will pay for it.

Multiple media reported on congressional talks over how to pay for the wall, including a CNN report Thursday night that said Trump’s team wants to ask Congress for money to construct the wall as soon as April.

What they didn’t report is that Mexico is preparing a “Contingency Plan” because of Donald Trump. They are planning for the worst. Mexico clearly understands that Donald Trump is serious, and so are the American people.

Donald Trump calls Mexico, China, and other countries “Smart.” He says these countries are “ripping us off” because we have “political hacks” making our deals. Donald Trump is right again. Mexico is planning in advance to pay for the wall. That seems “Smart,” because we all know he will win the election in a landslide! (Updated: Donald Trump won with a Landslide of Electoral Votes)

Donald Trump’s transition team is currently mulling over several options to pay for the wall, one of them being the seizing of assets from drug cartels at the border.

Details involved in how much money is actually seized from drug cartels are being worked out, but the very premise seems reasonable – take money from illegals running drugs into our country and use it to stop those same illegals from coming into the country.

The Media is spinning the story to make it appear that Mexico is just “being cautious”. Well, we all know the truth. The Truth is, Mexico knows what’s up! If Donald Trump says they are going to pay for the wall, they will pay for the Wall. They are SMART that is why Mexico is planning ahead!

The fact is, the Mexican Senate passed the new economic bill on October 27, 2016. There were ‘concerns’ and debate about the US Election, specifically Donald Trump. The bill gave them the legal authority to put those ‘contingency plans’ in place. Those plans may not include writing a check to the United States, but they do include losing a significant amount of money that will be diverted by the United States in order to build the wall.

Jose Antonio Meade, Minister of Finance, said in an interview with Mexico’s Bloomberg Finance that the economic package proposed the legal framework to have the ‘strength‘ to react to economic uncertainty. The word he used for strength directly translates to “armor plating”.

Logic says they will pay for the wall, one way or another, and they know it.

Why else would Mexico need “armor plating” except to prepare for Donald Trump who plans to make Mexico pay for the wall? Mexico is run by smart people. One way or another they know they will pay for the wall.

The Media is SPINNING the truth, saying that Donald Trump is “flip-flopping”. They are again lying to the American People! Mexico is already planning to PAY FOR THE WALL, ONE WAY OR ANOTHER!!!

Don’t forget to SHARE this on Facebook and Twitter. The Media doesn’t want anyone to know the TRUTH! They cannot stop us from SHARING the TRUTH!!! 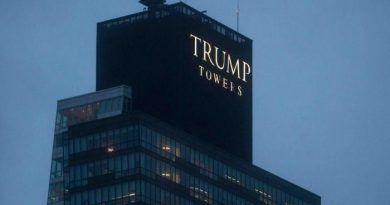 Just because obama says it can’t be done, only means he did not try.