When Donald Trump announced that he will build a Great wall on our southern border!

Several cities and mayors have declared that they are going to designate their cities as “sanctuary cities.”

Those are cities that are going to do what they can to protect illegal immigrants from being deported by the federal government.

They thought they could get away with opposing the federal government, but they are about to be proven wrong.

A bill proposed by a U.S. representative from Pennsylvania will cut off all federal funding to state, county and local jurisdictions with sanctuary policies.

Not one cent,” Representative Lou Barletta (R-PA) told Breitbart Texas in an interview on Thursday morning.

“These mayors, sheriffs and state leaders are thumbing their noses at federal immigration law. The only way to stop them is to hit them in their pocketbooks.”

He said the leaders of these sanctuary jurisdictions are not just choosing to violate federal law, “they’re bragging about it in press conferences.”

Mayors across the country have been lining up in droves to declare themselves sanctuary cities, Breitbart Texas reported in November 2016. Chicago Mayor Rahm Emanuel said, “Chicago always will be a sanctuary city,” NPR reported.


“To all those who are, after Tuesday’s election, very nervous and filled with anxiety … you are safe in Chicago, you are secure in Chicago and you are supported in Chicago.” His comments come in the face of the city’s massive crime and murder rates. By the end of the year, Chicago would approach 800 murders by the end of 2016.

Share this article to show that sanctuary cities are going to get a rude awakening as a new bill is being introduced that would cut off federal funding to those cities. It’s hard to run a city when you don’t have the available funds to do so. 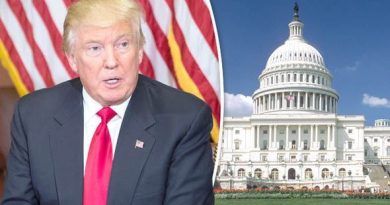 Federal funding should be cut off immediatley. They have been warned multiple times.

There is no legal basis for a sanctuary city. No city, State, or individual can declare themselves exempt from obeying federal laws. The are criminal entities. Go to LA, NYC, and Chicago and arrest the Mayors, all city council members, and the chief of police and charge them with violating federal immigration laws. When convicted, throw them in jail for the longest sentences possible. The other cites will comply.

Ho new law needed. enforce the ones on the books. It is that simple. Now do it Trump!

Exactly what needs to happen! And, it being a funding bill, it can be passed in both houses of Congress by a simple majority! Think what would happen if all those millions of dollars get diverted into, say, veterans’ benefits!

I say prosecute them for harboring fugitives.

I always thought that harboring a fugitive of justice was a crime. Since this is a federal offense then they are committing a crime against the Federal government and should be held accountable for their actions. Crossing into our country without a visa or a passport is a crime in other countries. I believe it to be the same in this country.