If American people can’t see the demon from hell is working in our elites and politicians the world as we know it will be gone!! Not just America! Trump is working for freedom and Christianity people!!

He got some help from a good Christians that happen to be celebrities!
This is kind a flashback to previous event s but it’s good to know that we still have some celebrities that want to listen to God’s voice!

Christian Gospel singer Natalie Grant has revealed that she left the Grammys early, and many have taken her early exit to mean she was protesting against the anti-Christian events.

It’s unclear which debauched performance prompted Natalie Grant and Bernie Helms to call it a night.
Hopefully, they were already gone and missed the church-like mockery that was overseen by Reverend Latifah. Wedding music was compliments of a menopausal Madonna on behalf of 34 same- and mixed-sex couples who tied the knot on what’s supposed to be a music awards show.

Refusing to pass judgment on the debacle, after she left Natalie had this to say on her Facebook page. And, a few words said so much:
The singer posted on her Facebook: “We left the Grammy’s early. I’ve many thoughts about the show tonight, most of which are probably better left inside my head. But I’ll say this: I’ve never been more honored to sing about Jesus and for Jesus. And I’ve never been surer of the path I’ve chosen.”

In the aftermath of her revelations, dozens of gay activists took to her social media page to attack her. However, hundreds of others have supported her stance, praising her for maintaining her morals and faith despite the liberal agenda being pushed at the Grammy Awards.

One FB user posted: “I didn’t read any judgment in Natalie’s status. She’s stating her beliefs, why is it that when a Christian disagrees with something it’s automatically assumed we’re judging. Seems to me that y’all are the ones posing judgment… Natalie keep doing what you’re doing and taking a stand for Jesus. Love your music.”

Another user said, “I don’t know about you but my bible says to put no evil thing before my eye. She was not judging anyone by leaving early. She was simply obeying her bible people.”

Another commenter said, “I would give you a hug, Natalie, just because of some of the comments listed here. I’m not sure why some people are following you when they clearly don’t believe or follow Jesus. Keep listening to Him and loving others. That is the greatest commandment.”

In response, the Gospel singer stated to her followers:

I’ve tried to read all of the comments on my previous post but I can’t respond to them all. Most of you have always been so supportive and encouraging to me & I’m grateful. It does sadden me when people argue, judge and hurl insults at each other from both sides of the fence. I’m not going to engage in arguments, but just have a few things I’d like to say:

I never pointed out any one particular performance, I only said I had many thoughts about the entire show, which were best left inside my head and that is where they will stay. So those who say I condemned one performance but then condoned others clearly did not read the post.

What I DID say is this: I am honored to be a part of the Christian music community. I’ve had many people throughout my career ask why I never tried to go in to mainstream music and last night was a beautiful reminder that I love singing about Jesus and FOR Jesus.

I’ve judged no one. I hate no one. And I believe that every person has been created in the image of God. I will never stand on a street corner and wave a sign, I won’t use my platform to engage in political arguments that will only divide and not unite. I will continue to pray that my life will be my message. I do have my own personal convictions that I live by, and I will continue to work out my own salvation with fear and trembling before the Lord. (Philippians 2:12)

I was honored to be nominated for 2 Grammy awards last night. I’m so grateful that NARAS and The Grammys continue to recognize the contribution that gospel and Christian music make to the world. And I’m so thrilled for those who won in my categories. And I can say that with all sincerity.

“I am not ashamed of the gospel of Jesus for it is the power of God who brings salvation to ALL who believe.”
Romans 1:16

~ Natalie
Have You Seen This Before?
Do You Support What She Did?
Let Us Know! 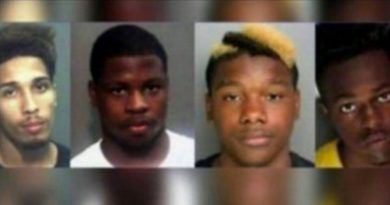 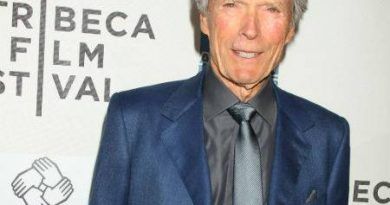 CLINT EASTWOOD With a Statement About Political Correctness!

It will cost the Christian to follow Jesus and the Christian will be proud to pay the price. Read Paul’s letters He wrote in prison.

The Great White Throne judgment will be veeerrryyy interesting!!!

God honoured those who honoured Him. Bless you Natallie