Lesson learned do not invade other people’s houses. Work for a wage to buy clothes did not use excuses for illegal activity! This is what happens when you teach people they are victims in every aspect of their lives.  They actually believe it and then can’t stand the fact that when they make poor choices, those poor choices bite back!

The family of Trevon Johnson (17-year-old) is furious the teen was shot and killed by a homeowner police say was protecting her property.

Watch the video below!!

“I don’t care if she has her gun license or any of that. That is way beyond the law… way beyond. He was not supposed to die like this. He had a future ahead of him. Trevon had goals… he was a funny guy, very big on education, loved learning,” said the sister of the teen who died identified him as Trevon Johnson.

It is truly sad he died, but the comment his relative made shows just why he did this. He was in someone else’s home, without permission. I can’t believe they think it is okay for him to burglarize a home to get his money for school. This is what is wrong with the society we currently live in!! This “poor” teenage boy put his own life at risk!!

I don’t understand, if he was a nice guy, well educated, with a future, WHY WAS HE BREAKING INTO A HOME? 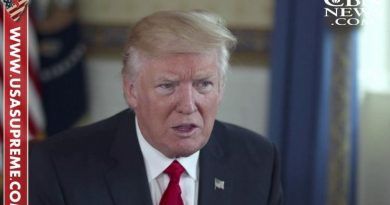 WATCH! Black Lives Matter Protesters Did The Unthinkable On A Baseball Game! Are They Trying To Create Kaepernick In Baseball? (Video)

Then you should have stayed with him because you idiot friends and parents of these young thugs obviously did not know your own family at all. I pray every thug is shot. Respect for others personal property or life is the foundation of society. A person’s future is predicated on their actions, morals, work ethic now. I feel sorry for the poor mom who will live with the fact that she had to protect herself from this thug. You should have been protecting this thug from becoming a thug. You go mom. Reload, there are plenty more ignorant families producing thugs with no respect for others.

He got EXACTLY what he deserved. He was a CRIMINAL THUG and they only place he was going was to PRISON.

the stupidity of these people never ceases to amaze me. he was stealing…he broke into a home…the owner was home and did the right thing. how are they to know if he planned to beat her or kill her so she could not identify him. stupid is as stupid does. he needed clothes or money…GET A JOB.