The thing is, I don’t think any Americans have a problem with people being on welfare if they truly need it. And some people really do need it. I have a huge problem with people who use it as their life’s income because they don’t want to work and think it’s ok to keep having kids just so they can stay on welfare. The system needs fixing.

According to data obtained by Fox News, Los Angeles County paid illegal immigrant families over $1.3 billion dollars from 2015 to 2016, nearly one-quarter of the amount spent on the county’s entire needy population.

According to a study by the Migration Policy Institute, Los Angeles has one of the highest concentration of undocumented people of any county in the country. It also permits undocumented families with children born in the U.S. to receive full welfare and food stamp benefits.

The reality is that immigrants come to America for the entitlements only. Land of Opportunity… Yes, ripping off the American Taxpayer in supporting and their many American-born children. But sadly, they are still loyal to their native country…

In a written statement obtained by Fox News Garcetti said: “Immigration is at the heart of LA’s story. LA’s become one of the world’s great cities by embracing immigration and diversity and we’ll continue supporting anyone who wants to work hard and invest in our future—no matter who they are, where they came from or what language they speak.”

Robert Rector of the Heritage Foundation says these costs are just “the tip of the iceberg,” when it comes to supporting illegal immigrant families.

He also notes that the state can subsidize up to $24,000 per family to pay for education, police and fire, medical, and affordable housing coverage.

Can some actual taxpayer for LA please explain why giving all this money of yours to illegal aliens is a good idea? I have always said it is wrong for people who live off of welfare to live better than the working person.

The state of the American welfare system after Barack Obama is beyond sad. Many have become used to living off other people. They’re too lazy to get a job and earn their own money. We as Americans are willing to help those who can’t help themselves. Not lazy bums just out to loaf and take handouts. Luckily, America made the right choice last November, by electing the most qualified candidate for POTUS in history! Unlike Obama, Trump has made it clear that he intends to get people off of the system and on to be self-sufficient because the hard working American people are tired of working so the government can give to people who don’t know hard days work.

What do you think of this? Scroll down to leave a comment below! 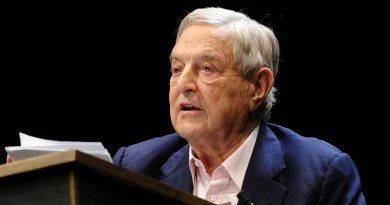 2 thoughts on “Your Blood Will Start To Boil When You’ll See How Generous LA Is To Illegal Immigrants!!”