When the chief of staff Andrew Card knelt down and told George Bush “America is under attack” 15 years ago Sunday, the words he whispered in the president’s ear in a Florida classroom launched what was supposed to be a planned, orderly response to a national emergency. But what followed instead was chaos, a breakdown in communication and protocol that risked international conflict and could have made Sept. 11, 2001, a still bigger tragedy. There were live nukes on the tarmac at U.S. air bases, a failed communications system, and a security protocol for the president and his potential successors — the “continuity of government” plan — that only one top official followed.

But we are America and we trust Gods plan and it seems he trust in us because in all that chaos and pain God has sent us a message through a small piece of steel!

From The New York Times:

“Ye have heard that it hath been said, An eye for an eye, and a tooth for a tooth: But I say unto you, That ye resist not evil: but whosoever shall smite thee on thy right cheek, turn to him the other also.”

So many chapters. So many verses. But these were the words — from Jesus’ Sermon on the Mount, in the Gospel of Matthew — found permanently exposed at Ground Zero after the Sept. 11 attacks. The pages of the Bible in which they were printed had fused to a chunk of steel as the World Trade Center collapsed, to be found only months later.

A firefighter found the fragment in March 2002, under the Tully Road, a temporary truck route that covered the last remnants of the south tower. He called out to the photographer, who happened to be nearby.

“This shredded, burned and rubble-covered Bible came to me from the loving hands of a fireman who knew that I was the record keeper of ground zero,” Mr. Meyerowitz said Thursday in an e-mail from Italy, where he now lives. Mr. Meyerowitz went on to say, “My astonishment at seeing the page that the Bible was open to made me realize that the Bible’s message survives throughout time, and in every era we interpret its teaching freshly, as the occasion demands.”

The Bible was also recently paid a visit by the Pope. This is truly an amazing story, and while I don’t think the idea of retaliation in this context is speaking of defending the country from terrorist attacks, it’s a poignant message none the less. It’s easy to forget, even as a Christian, that we’re all sinners in need of the saving grace of Jesus. That includes radical terrorists, murderers, adulterers, thieves, and so on. None of us are better than anyone else.

Before the eyes of God we truly are all equal, regardless of race, ethnicity, political beliefs, and so on, because we’ve all offended a holy, righteous God with our sinfulness. Thankfully, God sent His Son Jesus to die on the cross so those who repent and trust in Him could be saved, no matter how bad they might think they are. This miracle, this page of Scripture, is a reminder that while we should most definitely take action to defend ourselves from attack, we do not have to allow our hearts and minds to be held captive by hate, regardless of how badly others may hurt us.

In our current culture, which seems to be obsessed with death, these are much-needed words of hope. 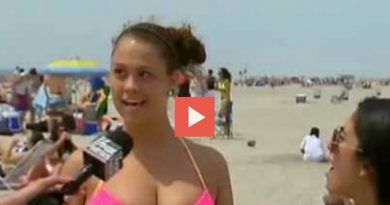 “Of all nonsensical nonsense, religious nonsense is the most nonsensical”. (Robert Burns, Scottish poet.)