Oscar-nominated actor, director, and playwright Sam Shepard has passed away aged 73.
The Broadway legend died peacefully at his home in Kentucky surrounded by his children and sisters on Sunday after a lengthy battle with Lou Gehrig’s Disease or amyotrophic lateral sclerosis (ALS).
‘The family requests privacy at this difficult time,’ spokesman Chris Bonneau said.

A Pulitzer Prize-winning playwright, actor, author, screenwriter and director, Shepard was nominated for a Best Supporting Actor Oscar for his portrayal of pilot Chuck Yeager in Philip Kaufman’s 1983 film The Right Stuff. The author of 44 plays, he won the Pulitzer Prize for Drama in 1979 for Buried Child and was best known for such works as Fool for Love, True West and A Lie of the Mind. In 2009 he was named the PEN/Laura Pels International Foundation for Theater Award as a master American dramatist.

The following year, Shepard was elected a Fellow of the American Academy of Arts and Sciences.

Shepard, like Bob Dylan a Midwest transplant to New York’s creatively roiling, devoutly anti-Establishment downtown scene of the 1960s, came of age in the anarchic, off-off-Broadway theaters – Theatre Genesis, Caffé Cino, Judson Poets’ Theatre and La Mama Experimental Theatre Club. His early plays grafted the energy and often the music of rock ‘n’ roll onto the free-wheeling open verse of protest and youth worship. His affair and collaboration with poet and rocker Patti Smith resulted in Cowboy Mouth, whose hero was described in semi-mythic terms (“a rock-and-roll Jesus with a cowboy mouth”). The 1971 play was performed only once before Shepard, whose wife at the time had just given birth to their son, left town, finding the show “too personal.” In 1966 the American Place Theatre had presented his first full-length play, La Turista, which Shepard trimmed from three acts to two just before opening.

Sam Shepard, whose snaggle-toothed smile, craggy good looks and outlaw style as actor and writer made him an American icon in the mold of Gary Cooper and Marlon Brando, died July 27 at home in Kentucky. He was 73 and had been suffering from ALS, also known as Lou Gehrig’s disease. He was surrounded by family at the time of his death, according to Chris Boneau, a family spokesman.

RIP you were great and made my childhood more interesting!

Seattle Police Must Refer To “Suspects” As “Community members” 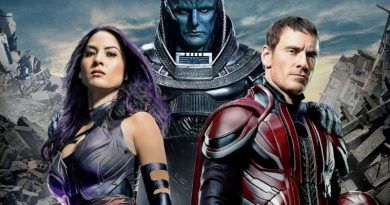 RIP SAM SHEPARD. You will be missed by all us who loved you so.